Recently, we have heard a lot, perhaps too much, about votes in the House of Commons, all of which, including two so-called “meaningful” votes, turned out to obfuscate further whatever meaning any of us had gleaned from current political activities.

The Withdrawal Act of June 2018 required the UK government to table an amendable parliamentary motion at the end of the Article 50 negotiations with the European Union, in order to ratify the Brexit withdrawal agreement. As far as I can make out, the first time that this vote was described as “meaningful” was in a statement from the leaders of the all-party parliamentary group on EU relations in December 2017, co-chaired by Chuka Umunna (Lab) and Anna Soubry (Con), in which they wrote that “Members of all parties have already provided valuable scrutiny to the EU (Withdrawal) Bill, and we have forced the Government into some concessions. But little of that will matter unless we can have a truly meaningful vote on the withdrawal agreement the government negotiates with the European Union”.

The word “meaning”, dates from the 14th century, when it signified a message, a warning, or an idea conveyed in a dream or vision. As we read in Wycliff’s translation of the Book of Daniel (ii.5), King Nebuchadnezzar asks his wise men to reveal to him a dream he cannot remember “and the coniecturyng, or menyng, therof.” By the 17th century “meaning” came to mean what we would understand it to mean today, significance, import, or implication; it later accrued other related meanings, such as cause and purpose, motive and justification.

Semantics (Greek σῆμα a sign; σημαντικός, significant) is the study of meaning, what words denote, connote, and imply, including ambiguity. The classical text on the subject is The Meaning of Meaning (1923) by Charles Kay Ogden, the inventor of the idea of Basic English, and Ivor Armstrong Richards, one of the founders of the New Criticism. They listed 16 different aspects of meaning (Table 1). Today the Oxford English Dictionary lists six main separate meanings, with ten sub-meanings (Table 2).

Surprisingly, the word “meaningful” entered the language only in the middle of the 19th century. According to the OED, it has three meanings (Table 3).

H W Fowler, in Modern English Usage (1926) did not comment on “meaningful”. Neither did Eric Partridge, in Usage and Abusage (1942), nor Ernest Gowers in Plain Words (1948). But in 1966, in Modern American Usage, Wilson Follett had something to say: “Many of the comparatively recent –ful words call undue attention to themselves as improvisations; they bother the ear and produce effects of deterrent ungainliness. Perhaps the most common is meaningful, a product of the feeling that significant has been overused. … At any rate, meaningful … has almost caught up with significant in the race of vogue and vacuity.”

Others have since followed suit. Bob Burchfield in the third edition of Fowler (1996) commented that “[meaningful] has enjoyed such widespread currency in the 20C [qualifying words such as conclusions, expression, formula, gifts, part, result, smile, talks, tests, unit of sound, way, word, and a particular work] that voices have been heard to say ‘No more!’”. And Jeremy Butterfield, in the fourth edition (2015) wrote “in phrases such as meaningful discussions, negotiations, conversation, debate [and he might have added ‘vote’] it can justifiably be criticized as adding nothing, for how could a conversation not have meaning?”

But the most trenchant criticism, not surprisingly, came from Kingsley Amis, in The King’s English (1997), a tetchy, if entertaining, little book: “some uneducated person took meaningful for a longer and therefore posher variant of the old adjective meaning [and] in a trice people were giving each other meaningful looks and suchlike all over the shop, and not thinking of any verifiable or disprovable looks either. So, by a familiar process, both meaning and meaningful became unusable by careful writers.” Although clearly not by politicians, who can contrive to coin a meaningless phrase from two words, “truly meaningful”.

The word “meaning” comes from an IndoEuropean root, MEINO, which means to have something in mind, an opinion or an intention. But MEINO also means to complain, and is the root of words such as moan, bemoan, and Remoaners. Meaning and moaning—a connection that might be considered appropriate to recent political events. 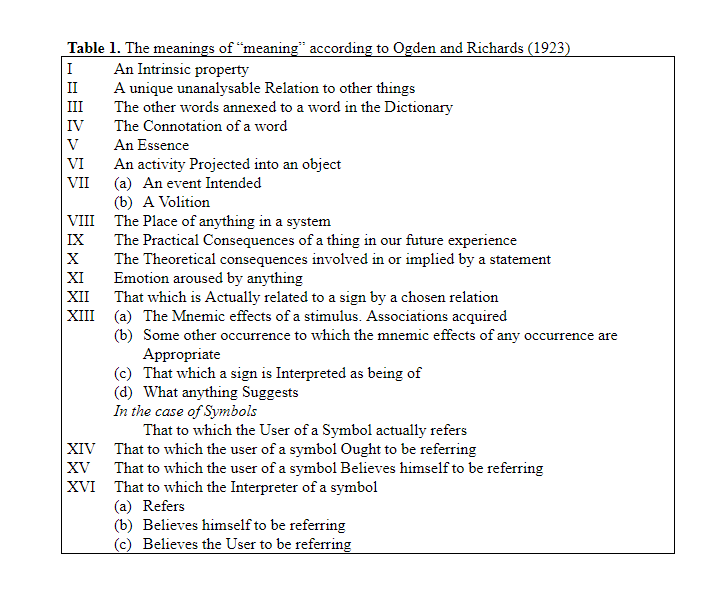 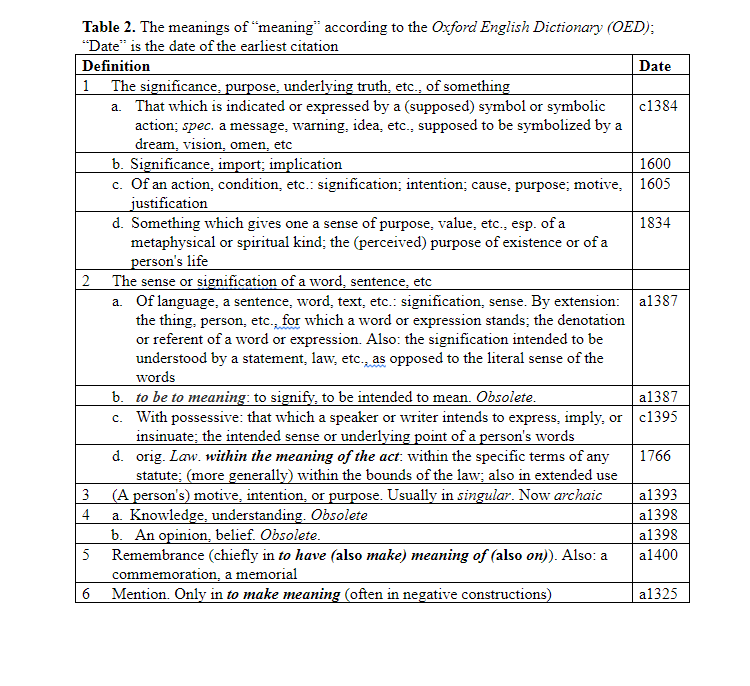 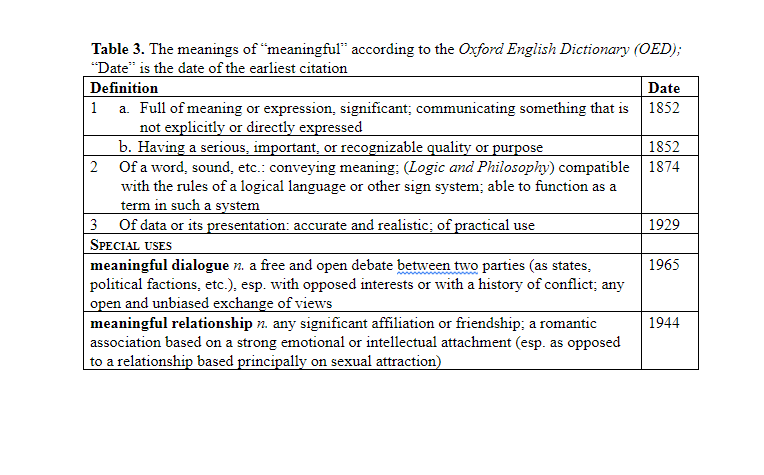