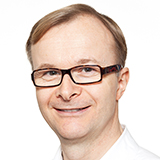 The King’s Fund wants to kill off the long-held belief in government and the NHS leadership in England that it is possible to devise a system of payments, incentives and contracts which will take us to the nirvana of a perpetually self-improving health service.

After 30 years of failure the NHS is embarking on yet another attempt to devise the perfect payment regime. In its report Payments and contracting for integrated care, with the punchier subtitle “the false promise of the self-improving health system”, the King’s Fund highlights the absurdity of clinging to this shibboleth despite decades of evidence that it won’t work.

The NHS has set prices for around 3000 services, ranging from £63 for the simplest A&E attendance to £40,550 for complex cranial operations. Alongside this clinical shopping list is a Heath Robinson construction of uplifts, carve-outs, caps, bundles, blocks, baselines, risk transfers, gain sharing, loss sharing, penalties and incentives designed to drive behaviours around everything from adopting new technologies to how a hospital is cleaned.

This system fails to achieve its objectives and inhibits clinicians from improving care quality. It encourages treatment in hospitals rather than prevention in the community and, as the report says, there is scant evidence that incentive schemes such as Commissioning for Quality and Innovation (CQUIN) have delivered substantial improvements in quality or efficiency.

Yet despite years of evidence of the futility of using financial levers to incentivise change, the NHS is at it again in an attempt to drive integrated care.

Among many other flaws, these schemes are built on the sand of commissioners’ assessments of current and future population needs, and the volumes, costs, and quality of services they will require. These exercises require the crunching of huge amounts of data to produce numbers in which there is little confidence, while driving an inherently adversarial relationship between commissioners and providers.

So what is the alternative? Dump complexity in favour of simplicity and focus on partnership working to ensure the best use of healthcare resources. This is more akin to the approach adopted in Scotland, Sweden and New Zealand, among other countries.

The King’s Fund has a long-standing fascination with the approach of the Canterbury District Health Board in New Zealand. It has rejected highly engineered incentives in favour of developing a compelling vision for local services and building the management systems to improve performance. The focus then shifted to encouraging effective relationships between staff in different services while the massive transaction costs of contracts were redirected towards quality improvement. The mantra is high trust, low bureaucracy.

Parts of England are also experimenting with alternatives, among them Bolton, Leeds and South Tyneside. The background to the Bolton example makes excruciating reading. After Bolton Foundation Trust and Bolton Clinical Commissioning Group both got into difficulties, they spent 2014 and 2015 sending each other more than 300 formal letters in contractual disputes. Whole teams were pitted against each other while the big questions of how to transform the local care system went unanswered.

Thankfully the leaders decided to grip the problem, recognising that their reliance on financial levers was at the heart of their difficulties. They decided simply to work collaboratively and transparently, with open financial books, for the benefit of the whole system. They agreed the commissioners would pay the hospital around £200 million for the year ahead, and they would share responsibility for resolving problems such as demand spikes. Data was used to improve services rather than drive payments. Redesigned clinical services and millions of pounds in savings followed.

The King’s Fund makes a powerful case for breaking out of the contracting mentality and focusing on a shared vision for local services built around a culture of collaboration and continuous improvement. The alternatives have been tested to destruction.

Richard Vize is a public policy journalist and analyst, specialising in health and local government.