It’s International Women’s Day and a lot has happened since this time last year when Theo Bloom and I wrote about sexism in clinical research and scholarly publishing.

From the launch of TIME’S UP Healthcare, with its mission to ensure that our healthcare workplaces are safe, equitable, and dignified, to the The Lancet’s landmark theme issue “Advancing women in science, medicine, and global health” led by Lancet editors Jocalyn Clark and Liz Zuccala and launched last month, the past 12 have months have seen a range of publications and campaigns aimed at advancing equity for women.

There is undoubtedly still a long way to go on the road to fairness, as highlighted in the annual report from Global Health 50:50 published this week, but the work that is being done and the courageous and inspiring women behind it are helping to pave the way for the rest of us.

With all that’s going on, I am using this International Women’s Day as an opportunity to take stock and reflect on the things that I’ve learnt over the past year about equity for women in healthcare, clinical research, and scholarly publishing.

Gender bias is a pervasive and systemic issue

The slow progress towards gender parity in opportunities, pay, and leadership, not to mention the countless examples of sexual abuse and harassment across all industries, highlight how deep these problems run. Individual action matters, but just asking women to “lean in” falls woefully short—meaningful change requires system-wide, far-reaching solutions.

The campaigner Caroline Criado-Perez was a keynote speaker at the Lancet launch event and in her talk, as in her new book Invisible Women, she described the many problems that women face in a world that is designed around a male default. Crash test dummies are designed with male bodies in mind, so although men are more likely to be in road traffic accidents, women are more likely to be seriously hurt. Much of our understanding of diseases and treatments is based on clinical research that features a preponderance of men, which may in part explain things like the higher rate of misdiagnosis of heart attacks in women. One of the implications of the male default is what has now come to be known as the gender data gap. We just don’t have enough data about women and from women. It’s an issue that extends far beyond healthcare and clinical research. The challenge now is to make the invisible visible.

Gathering evidence is important, but it’s not a substitute for action

While there are big gaps in the data about women’s experiences in general, when it comes to certain types of bias and discrimination we have already accumulated a fair amount of evidence. In a podcast interview in December about gender bias in healthcare, physician and activist Esther Choo made the case for shifting the focus to solutions: “We tend to get stalled on simply describing the problem in very superficial terms, so one thing I don’t really want to see is another quantitative study laying out the statistics on gender discrimination, bias, and inequity in salary promotion and rank.. we all kind of wring our hands and go back to business as usual… [but] if gender bias was a disease we wouldn’t just keep on observing it. If we were talking about, say, diabetes we wouldn’t just come out with a paper every few years saying it seems that, you know, a lot of people in the population still have high sugars… we would want to start to test for solutions… The solutions are going to be many and complex, so it is going to take a lot of work to get there, but with this problem we haven’t really moved towards solutions.” While we’re implementing solutions, it’s important to track progress so we don’t take our eye off the ball.

What’s the best way of persuading people who think that gender bias has now been solved or that the problems don’t exist? At the Lancet Women launch event, Chief Medical Officer for England Sally Davies said that this is one area where hard evidence is helpful. She had found being able to point to studies and audits made it harder for opponents to dispute her points. However, the demand for proof and statistics can be exhausting and can get in the way of achieving change. That’s why there’s a strong argument to say that the burden of proving that sexism exists shouldn’t just fall to the women trying to change the system. We all have a responsibility to educate ourselves about sexism and other forms of discrimination.

The term intersectionality was first coined by Kimberlé Williams Crenshaw as a legal scholar in the 1980s. It’s a concept used to describe the ways in which different kinds of oppression are interconnected. When thinking about gender, it reminds us that we can’t think of gender bias in isolation from other forms of discrimination—other forms of discrimination, such as classism, racism, ableism, and homophobia have a compounding effect.

Feminism is for everybody

As the opening editorial in the Lancet’s theme issue says, gender equity is essential for better research and better patient care. It falls to all of us to advance this cause, and we need men to act as champions and allies. 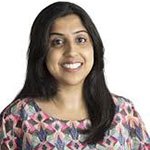