Heart failure is an unfortunate, and inaccurate, term with bleak connotations. After being told he had a diagnosis of heart failure, one of my patients thought his heart was going to stop imminently. I reassured him this wasn’t likely, but what evidence was there to support my claim? I reviewed our heart failure register at the practice and found many patients were alive years after their diagnosis, but when I looked in the literature, there were few studies reporting survival rates in community populations.

Our new study used data already present in GP systems to estimate survival following a diagnosis of heart failure and look at trends over time. People with heart failure did have worse survival than people of the same age without the condition, but not everyone died soon after diagnosis. To put our results into context, if 10 of my patients have a new diagnosis of heart failure annually, two of them are likely to die within the first year, half will still be alive five years later and two or three people will be alive a decade on. Heart failure is not the immediate death sentence that the term implies. We need to be able to identify those who will die sooner to be able to provide appropriate end of life care, and also those who will live longer, to give some reassurance.

We were also able to look at the reasons why people with heart failure die. When patients are diagnosed with a serious medical condition they, and often their clinician, assume that will be their cause of death. In our study, heart failure was listed on the death certificate of under half of people with the condition. From our previous work, we know heart failure rarely exists in isolation with two thirds of patients having at least three other comorbidities. Heart failure management, including end of life care, therefore needs to be managed in the context of multimorbidity.

We also found that there has been limited progress in extending the lives of people with heart failure over time. Heart failure has been termed the “Cinderella syndrome” as it is often overlooked in health policy and research funding compared to other conditions. These data highlight the need for investment. Our finding that survival was greatest for patients not requiring hospital admission at the time of diagnosis is particularly important for those of us in primary care. Emergency admission is very frightening for patients and their families, and costly to the local healthcare system.

The recently published NHS Long Term Plan emphasises the importance of “care at the right time in the optimal care setting.” We need to transform the way we diagnose and manage heart failure in primary care if we are to see the gains in survival found in other malignant conditions. Providing primary care with access to rapid diagnostics and specialist care for people with suspected heart failure is likely to be an important part of this transformation. 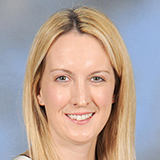 Clare Taylor is a general practitioner and NIHR academic clinical lecturer at the University of Oxford. Her research focuses on heart failure diagnosis and management in primary care