There is a problem in the field of antibiotic stewardship. Bundled in with the worthy attempts to reduce unnecessary prescribing, particularly in primary care, patients are persistently mischaracterised as a barrier in the quest to reduce antibiotic resistance. They—or “we,” as we are all patients at some point—are said to be “pressuring” GPs or “demanding” antibiotics inappropriately, thereby increasing the risk of antimicrobial resistance. This alienating and blaming language continues to be reflected in the literature, government statements, and within the health service, despite being an unfair over simplification of the situation.

To give one recent example, when Public Health England (PHE) released the English Surveillance Programme for Antimicrobial Utilisation and Resistance (ESPAUR) in October 2018, the agency contemporaneously re-launched the “keep antibiotics working” public education campaign. Though an admirable programme—and a rare example of investment in public health prevention work—the relaunch came with a press release, in which Helen Stokes-Lampard, President of the Royal College of General Practitioners, was quoted as saying: “GPs are already doing an excellent job at reducing antibiotic prescriptions, but we often come under considerable pressure from patients to prescribe them.” [1, 2] But is this true?

The main problem with blaming patients for antibiotic resistance is that the evidence does not support the narrative. Firstly, there is little evidence that patients are unreasonably pressuring GPs for antibiotics. Secondly, the UK is making good progress in reducing antibiotic prescribing in primary care. [1]  If patients are indeed “demanding” antibiotics, it seems not to be hindering significant progress in this area. And, finally, senior GPs are more likely to inappropriately prescribe antibiotics than their junior colleagues, casting doubt on the narrative that patient demand is hindering GPs more than other factors in this challenging area. [3]

The prevailing narrative is also unhelpful in improving the use of antibiotics in general practice. When patients are surveyed, they report their “expectations” or “requests” for antibiotics, not “demand”, when they believe that antibiotics might be an effective treatment for their illness. [4] It is doubtful that patients want their GPs to behave in professionally inappropriate ways by prescribing antibiotics needlessly even within the constraints of a brief consultation. The onus remains on the GP to provide the appropriate response to the patient with an upper respiratory tract infection.

There is far more evidence, however, of an association between financial incentives on practices, which are unrelated to patient behaviour, and use of antibiotics. For example, the association between fee-for-service payment and higher outpatient antibiotic prescriptions was shown in a study of 17 European countries. [5] Capitation payment of practitioners was associated with lower use of antibiotics. [6]  The association between fee-for-service and higher prescribing held true in a 2011 Irish study, where private patients paying fee-for-service received more antibiotic prescriptions than General Medical Service (GMS) card-holders who received free access to GPs and medications. [7] Thus, even if there is pressure from a minority of patients to prescribe antibiotics inappropriately (which should be manageable by experienced clinicians), a largely capitation-based system such as used in NHS general practice should already be encouraging lower prescribing rates.

So, are there other factors at play that might put pressure on GPs to prescribe antibiotics?  A 2014 study found that 44% of GPs might prescribe antibiotics to terminate a consultation. [3]  Implicit in this finding is the potential effect of the increasingly tight time constraints under which GPs work. Consultation time and GP workload have been shown to be associated with antibiotic prescription rates. In Norway, a 2011 study found that GPs who saw more patients per year prescribed more antibiotics than those with fewer patients. [8]  This was echoed in a 2017 qualitative study of GPs and nurse prescribers in the UK. [9] Again, patients should not be held responsible for under-resourced practices leading to practitioners seeing too many patients in rushed appointments and prescribing antibiotics rather than discussing the potential costs and benefits of antibiotic use with the patient.

There are also clinical policy pressures on GPs not to miss sepsis, meningitis, or other serious-but-rare illnesses, which may push practitioners to prescribe as a precaution. Patients share this concern about serious infections such as sepsis. [9] This is often due to diagnostic uncertainty. GPs are doing their best with imperfect information; so too are patients. It can cause real anxiety when a family member falls acutely ill. Professionals can find it difficult to determine a reasonable course of action faced with the possibility of a rapidly spreading infection that could be fatal.

It is therefore not productive to blame patients and the public for “demanding” antibiotics or putting unreasonable “pressure” on GPs based on scant evidence.  While we welcome patient education campaigns as part of a wide-ranging effort to minimise unnecessary antimicrobial resistance, we caution against blaming patients for contributing to antimicrobial resistance. Ignoring the impact of health system factors on patterns of prescribing, including short consultation times, and, instead, relying on patient-blaming rhetoric, may increase mistrust or friction between GP and patient in the medium-to-long term. Patients are allies, not opponents, in limiting antimicrobial resistance, and should be seen as such. 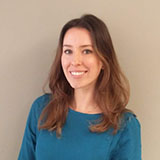 Rebecca E Glover is a Research Fellow, Department of Health Services Research & Policy, London School of Hygiene and Tropical Medicine, and Head of Economics, Social, and Political sciences at the AMR centre, LSHTM 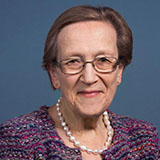 Margaret Dangoor is a patient representative, retired registered nurse and past carer, London 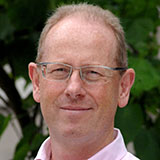 Nicholas Mays is a Professor of Health Policy, and Director of the Policy Innovation Research Unit, London School of Hygiene and Tropical Medicine