As competition grows and financial interests of research expand, researchers and the institutions that employ them are tempted to exaggerate the relevance of research findings. Vinkers and colleagues examined how the use of strikingly positive and negative words in PubMed published abstracts evolved over time. They found that from 1974 to 2014, the use of the adjectives “robust,” “novel,” “innovative,” and “unprecedented” increased in relative frequency with up to 15,000%. [1]

A common example is the increasing, haphazard, and hardly justified use of the term “paradigm shift.” The use of this term in the title of published manuscripts has increased exponentially over the past decades, as can be seen from data from Web of Science. Similarly, when looking at the search results for the category of “Surgery,” an increase of this term is observed.

What does the word “paradigm” refer to? Etymologically, it is derived from the ancient Greek verb “παραδείκνυμι”, which means “to demonstrate by comparison”, “to prove”, or “to exhibit”. The syllable -μα refers to a concept that has a permanent or immutable character, and does not easily shift (other examples of this use include “dogma” and “dilemma”). It was used in this sense (unchangeable) by Plato, when contrasting the physical world, which changes and perishes, with the eternal world, which never changes: “The work of the creator, whenever he looks to the unchangeable and fashions the form and nature of his work after an unchangeable pattern, must necessarily be made fair and perfect” (Timaeus, Genesis, 28A, translation B. Jowett). The use of a “paradigm shift” in the philosophy of science was introduced by the American physicist, historian, and philosopher Thomas Samuel Kuhn (1922 – 1996). In his influential book “The Structure of Scientific Revolutions” (1962), Kuhn describes different phases in the practice and history of science.

Normal science operates within a conceptual framework or paradigm, within which there is a broad consensus on terminology and appropriate experimental methods. Over time, anomalies arise in the form of observations that cannot be explained by the prevailing paradigm or worldview. When such anomalies accumulate, a crisis results, which can either be resolved or give birth to a scientific revolution or “paradigm shift.” This event has far reaching consequences, since it confronts scientists with the knowledge that the beliefs and “weltanschauung” (world view) that they held are false. Kuhn cites as examples of such paradigm shifts the Copernican, Newtonian, chemical, and Einsteinian revolutions, each of which profoundly affected our view of the workings of nature.

Progress in the science of surgery is real, and many advances in our field have had far reaching consequences for the life expectancy and quality of life of patients. However, progress in surgery, as in other fields, is incremental and gradual, and unfolds within an accepted framework or worldview. Therefore, it seems inappropriate to present techniques or therapeutic strategies such as a novel method to treat anastomotic leakage, as a “paradigm shift.” Is my point mere pedantry? Not necessarily. In this era of “post truth,” the respect held by the public for the scientific community is fading rapidly. Therefore, the surgical community should refrain from making triumphalist claims and announce advances, practice changing they may be, with modesty. 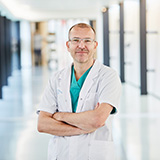 Wim Ceelen is a professor of surgical oncology at Ghent University, Belgium