Conflicts of interest should be disclosed, but should not be the occasion for excluding patients 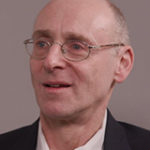 “Patient organisations in the pockets of pharma” is a bit of a trope in the literature. In my view, and on the basis of the available evidence, that proposition is overdone. Two years ago, Simon Denegri and I felt the need to restore some balance into the debate in these pages. So when invited to comment on another study on the financial interests of patient organisations I was, as the leader of an umbrella group of patient organisations, a little apprehensive.

In fact the study by Mandeville et al provides some interesting data, a fair analysis, and some reasonable recommendations. I’m less sure that it tells us anything really new.

The authors looked at 53 patient organisations that provided evidence as part of the health technology appraisal (HTA) processes of the England and Wales regulator NICE. The large majority—nearly four fifths—had received funding from the relevant drug manufacturers and therefore had specific interests in relation to the HTA. However, not all these interests were required to be declared and NICE was aware of only about a third of them.

The authors make a point of telling us that they went in search of a smoking gun. They wanted to see if specific patient organisation interests of which NICE committees were unaware had nevertheless materially affected NICE decisions. They couldn’t show such an effect.

Their findings nonetheless pose a material challenge both to patient organisations and to the regulators. As other studies have shown: there is a transparency gap. It would be better for decision making, public trust, and organisational reputations if patient groups improved their disclosure of payments from pharmaceutical companies. This is not new. One has to ask why it remains an issue.

The fact that such financial relationships exist is not itself improper and the authors are careful to avoid drawing this inference. Patient organisations want patients to benefit from new medications and their alignment with pharma companies (except when avoided as a matter of policy) is consistent with their charitable missions. To that extent, the authors’ findings are unsurprising.

Charities in the UK are robustly regulated and care deeply about their reputations and independence. But they feel their primary accountability to their beneficiaries and individual donors, and they respond to the issues that are most salient to the public, the media, and politicians. In recent years there has been considerable concern about UK charities as a result of scandals affecting a small number of them. They have centred on issues such as the ethics of their fundraising from the public, handling of personal data, and safeguarding in the overseas aid sector. The overall political and regulatory climate for charities has been affected as a result.

The patient organisation/pharma link is by contrast a niche concern of certain researchers and journalists, and somewhere down the priority list for hard-pressed charities. Moreover, as the authors’ financial data show clearly, some patient organisations are very small and will have limited capacity, for example to engage with researchers on detailed questions about their finances.

Charities, like all organisations, respond to incentives. In the UK, pharma companies have to be careful about disclosure of payments to third parties for fear of falling foul of the ABPI (industry) code. Charities are not subject to a reporting discipline of equivalent bite. And charity accounts follow different requirements to industry accounts. As the authors acknowledge, the lack of NICE awareness of relevant patient organisation interests is a function of the questions they ask. I am not an enthusiastic exponent of more regulation for charities, but aligning NICE requirements more closely with those of its Scottish equivalent—the SMC—or with certain European regulators, might be a good way forward, as the authors suggest.

Finally, the authors are right to acknowledge the importance of having patient voices at the decision making table in HTA processes as in other fora for health decisions. Conflicts of interest are hard to avoid. They should be disclosed and managed and the authors propose a number of pertinent recommendations to that effect. But interests should not be the occasion for delegitimizing and excluding patients and their representatives. No decision about me without me.

Jeremy Taylor has been chief executive of National Voices, the national coalition of health and care charities in England, since 2009. He will be standing down from this role at the end of February 2019 to pursue new ventures. He is also a member of the BMJ Patient Panel and the BMJ International Advisory Board.

Declaration of interests: I have no personal interests to declare. My organisation National Voices accepts payments from pharmaceutical companies, details of which are listed in our annual reports and accounts, and which constitute a minority of the organisation’s total funding.

In 2018, National Voices launched an Industry Collaborative, consisting of six pharmaceutical companies. This is an information sharing forum and does not influence the policy positions and advocacy activities of National Voices which are shaped in consultation with its charity members and overseen by the board of trustees. As a cross-condition umbrella of charities National Voices does not take part in HTA processes.