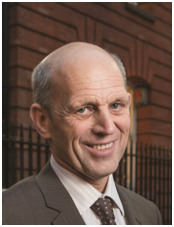 The government’s recently launched long term plan for the NHS is a big, detailed, complicated document that will need and repay longer study. But the first impressions are that it is something of a curate’s egg—good in parts, but unconvincing in some, and silent on others.

It gives many valuable, cheering accounts of achievements. It highlights improvements going on or planned across the board, such as rolling out nationwide both the excellent Urgent Treatment Centre Model and 24/7 community based mental health crisis response teams for adults in the next two years. But it moves unpredictably between congratulations (we’re doing well already), the purely descriptive (it’s happening anyway), the aspirational, the directive (“expect”, “should”), and firm realistic commitments. It portrays a vibrant NHS with dedicated staff—plan or no plan—but leaves the key question unanswered: will the plan address the crisis currently facing the NHS?

And it can’t give a clear answer, because, most obviously and most worryingly, there is no account of what has caused the NHS crisis that has led to the £20bn investment in the first place. Acknowledging this and analysing the reasons for it early in the plan, including why “we”, the apex of the NHS, got it so wrong, is surely fundamental to deciding what to do to put it right and to avoid it happening again.

It was good to read that current pressures on the NHS will be the first call on extra funds. But there is no statement of what they are, and hence of how much resource they will need, both in terms of the one off amount to deal with enormous historic deficits (e.g. Barts Health NHS Trust, or Medway NHS Foundation Trust) and the underlying recurrent shortfalls. Services nationwide that have been denied the full funding that they need are rightly identified, for example, children’s palliative services, and neonatal critical care, but with no explanation as to why they have been. It’s simple: there wasn’t enough money to fund them properly. We are blithely assured that this will be corrected, but not told the cost.

And will money be set aside to enable Trusts to fund the vacant posts that are now seen to be at the heart of the NHS’s current difficulties? The cost of 100,000 vacancies at an average salary of £30,000 = £3 billion.

If all these promises are fulfilled, a fair bit of the £20 billion will already have been used up before a start is made on improving mental health services, community services and prevention, not to mention the other unpriced promises. Everything in the plan, and not, suggests that £20bn is very likely not going to be anywhere near enough.

Is that recognised? There is no discussion of alternative scenarios or a plan B. There is no setting aside of contingencies to allow for the plans not being fully achieved, so the answer appears to be no.

The current crisis has undoubtedly been intensified by the enormous reductions in social care funding and the serious lack of NHS capital investment. Figures showing CTs/cancer services and overall investment make this abundantly clear. Yet it is barely acknowledged and the critical risk of continued lack of investment in these two key areas isn’t flagged up, presumably because they fall outside the £20bn and await the Chancellor’s decisions on them. This is an odd omission because they could still mess up much of what is in the plan.

Insofar as there is a narrative, it is a dubious one. Challenge and pressure are talked about, but the last few disastrous winters are largely ignored, just as the Five Year Forward View completely failed to predict them or take them into account.

Much commentary has focused on increasing demand which the plan conclusively counters. Figures are presented which show virtually no growth in A&E attendances and emergency admissions over the last three years. The plan then goes on to give a pat on the back for all that has been done to improve those things. Crisis! What crisis?

The truth is that general hospitals were the storm centre of the crisis because they were quite simply overwhelmed, and this was not recognised early enough or addressed properly. Although it is never explicit, the narrative ends up by default making general acute hospitals the source of the problem, implying too many people end up there, costing too much of the NHS budget—an error that has repeatedly bedeviled the NHS. Worryingly, this error was also at the root of the crisis under Labour in 2006. If this error is not understood and remedied, it will inevitably be at the root of the next crisis.

The retrograde move away from paying for work done to the old system of paying a fixed annual sum irrespective of the numbers of patients treated is part of that same narrative of controlling acute hospitals. It was originally changed because it made managing hospitals virtually impossible. It may do so again. It moves the responsibility for the problems to the front line while controlling resource more centrally, which is why the Treasury, for example, love it. But because it doesn’t respond to increased need reliably it tends to produce rationing, under-resourced services, reduce quality of care, and then inevitably a crisis.

The first impressions, then, are not entirely favourable.

What needs to happen next is a realistic costing of the plan, most immediately a detailed one of what resources and what actions are needed to put right the shortfalls and failings which put the NHS into crisis. And the plan needs to include the contribution needed from social care and how this will be obtained. And that’s only for starters!

Jan Filochowski‘s final job prior to his retirement at the end of 2013 was as CEO of Great Ormond Street Hospital NHS Trust. He is a visiting professor at Brunel University 2004-16. He has written and lectured about the NHS, and about managing to turn around failing organisations, using the insights in his 2013 book “Too Good To Fail?”. He has chaired several CQC inspections, and advised the Namibian Government on ways of improving management of health services in Namibia.