Healthcare provision for migrants in England has been under attack for many years. Recently, the Immigration Act (2014) restricted access to NHS care that is free at the point of use to those with indefinite leave to remain, and subsequent “charging regulations” implemented in 2015 and 2017 have demanded that ineligible patients are charged for care at 150% of the cost of treatment. These charges must be fully paid before care can be provided.

It has become increasingly clear that these regulations are causing substantial damage and are risks to health and wellbeing. They are not only deterring patients from essential care, but in many cases have been used to justify the inappropriate denial of services. [1] By jeopardising the early identification and control of infectious diseases they are likely to exacerbate inequalities in rates and treatment of infections such as HIV. [2] They are also causing financial hardship, stress, and potentially lifelong health impacts for individuals and families around the country. [3][4]

The UK Faculty of Public Health has published a briefing note on the issue and in collaboration with other medical colleges is calling for the suspension of both the 2015 and 2017 regulations, as well as an independent, transparent review of their impact to individual and public health. [5]

Our position echoes the recent UCL-Lancet commission on migration’s call for universal and equitable access to health services regardless of legal status. The commission demonstrates that migrants are the victims of discrimination and exclusions within healthcare systems across the globe and takes an evidence based approach to tackling this problem. [6] It is essential that the provision of healthcare takes a rights based approach—in the UK and elsewhere.

A recent report that looked at charges for NHS maternity care in England and its impact on migrant women highlighted the impact of the hostile environment and the charging regulation policy. [4] It cited the case of a woman who, after suffering a late miscarriage, noted that she was too afraid to attend hospital for follow-up, despite ongoing pain and bleeding. “My Baby was buried and I couldn’t even go. I was just so scared that […] they were going to deport me.”

Evidence shows that these charging regulations present further barriers to migrants accessing healthcare and pose serious risks for health. Their implementation has pushed migrants to disengage from formal health services, leading to poor health outcomes, a deterioration of conditions, and ultimately to greater costs to the NHS. This was recently highlighted in a review by the Equality and Human Rights Commission, which called for a clear separation of immigration proceedings and healthcare services. [7]

While some exceptions to the charges exist—including primary care, A&E, and the management of infectious diseases—their implementation furthers a “hostile environment” across the NHS. This deters migrants from accessing any care at all and minimises opportunities for early diagnosis and the management of serious diseases. [1] It undermines a key constitutional principle that the NHS should be a universal service, free for all at the point of use. International evidence shows that restricting access in this way does not result in health service savings, and instead prevents the uptake of preventative measures.[8][9]

Migrants’ disengagement from the healthcare system means that preventative interventions and the early treatment of diseases will be missed, resulting in poorer outcomes, significant cost to the NHS, and growing health inequalities for an already vulnerable group. [10]

The government has not justified the charging regulations, nor provided evidence that they contribute to tackling so called “health tourism.” Rather their harmful effects are being felt by vulnerable undocumented migrants, and by frontline health professionals who are hindered in their essential work.

The “hostile environment” thus embedded in the NHS echoes an increasing antagonism towards migrants globally, from the deployment of troops along the US’s southern border, to European countries’ refusal to allow NGO search and rescue operations in the Mediterranean. Medical and public health professionals should not allow this fear and callousness to express itself in healthcare. Indeed, concerns about these regulations prompted humanitarian healthcare workers to return their Ebola medals to the government in protest earlier this year. [11] To date, the Department of Health and Social Care has completed an internal review of the recommendations, the results of which have not been published.

The new evidence briefing published by the Faculty of Public Health highlights significant concerns around the refusal of care to migrants, as well as the deterrent effects of the aggressive implementation of charging policies.

As representatives of the medical profession, the UK Faculty of Public Health, Royal College of Physicians, Royal College of Paediatrics, and Child Health and Royal College of Obstetrics and Gynaecology are joining with voices in civil society and humanitarian workers in calling for the suspension of these harmful charging regulations and an independent, transparent review of their impact. As guardians of UK public health, they are urging immediate action to prevent further detriment to our population, society, and our NHS. 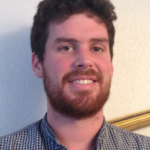 Liam Crosby is a public health registrar working in the London and the South East region. 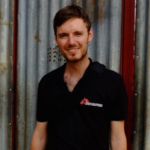 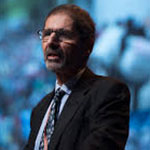 Farhang Tahzib is chair of the UK Faculty Public Health Ethics Committee and a senior public health physician and leader.

Andrew Goddard is a consultant in gastroenterology and the current president of the Royal College of Physicians of London.

[1] Doctors of the World UK. Deterrence, delay and distress: the impact of charging in NHS hospitals on migrants in vulnerable circumstances. 2017.
[2] S Croxford et al. ‘Where do we diagnose HIV infection? Monitoring new diagnoses made in non-traditional settings in England, Wales and Northern Ireland’ HIV Medicine. HIV Medicine. May 2018 10.1111/hiv.12627
[3] Rafighi E at al (2016) – National Health Service Principles as Experienced by Vulnerable London Migrants in “Austerity Britain”: A Qualitative Study of Rights, Entitlements, and Civil-Society Advocacy.
[4] Maternity Action (2018). What Price Safe Motherhood? Charging for NHS Maternity Care in England and its Impact on Migrant Women. Accessed 02/10/18 from https://www.maternityaction.org.uk/policy/publications/what-price-safe-motherhood-charging-for-nhs-maternity-care-in-england-and-its-impact-on-migrant-women/
[5] Faculty of Public Health (2018). FPH briefing on the NHS Charging regulations for overseas visitors in England. Accessed 08/12/18 from https://www.fph.org.uk/media/2158/final-fph_briefing_nhschargingregs_1.pdf