“Would you be willing to jump out of this plane without a parachute?”

For the last year we’ve posed this question, mid-flight, to dozens of unsuspecting travellers seated on commercial aeroplanes.

Why would we set out to ask such a ridiculous question? Some background may be in order. In 2003, Smith and Pell published a tongue-in-cheek systematic review which concluded that there were no randomised clinical trials (RCTs) evaluating the effectiveness of parachutes in preventing major trauma related to “gravitational challenge.” They argued that the “most radical protagonists of evidence based medicine” should volunteer to participate in a randomised, double blind trial of the parachute. In the two decades since the appearance of this seminal work in The BMJ Christmas issue, the parachute has been the paragon of biological plausibility. The saviour of anecdote. The arch-nemesis of evidence based medicine. There isn’t a week that goes by without a head shaking colleague reminding us that the parachute hasn’t been tested in an RCT.

The PARACHUTE trial is our satirical attempt at bringing the parachute, as well as the almighty RCT, back down to earth.

That no one would ever jump out of an aeroplane without a parachute has often been used to argue that randomising people to either a potentially life saving medical intervention or a control would be inappropriate, and that the efficacy of such an intervention should be discerned from clinical judgment alone. We disagree, for the most part. We believe that randomisation is critical to evaluating the benefits and harms of the vast majority of modern therapies, most of which are unlikely to be nearly as effective at achieving their end goal as parachutes are at preventing injury among people jumping from aircraft.

However, RCTs are vulnerable to pre-existing beliefs about standard of care, whether or not these beliefs are justified. Our attempts to recruit in-flight passengers to our ambitious trial were first met with quizzical looks and incredulity, predictably followed by a firm, “No, I would not jump without a parachute.”  For the majority of the screened population of the PARACHUTE trial, there was no equipoise—parachutes are the prevailing standard of care. And we concur.

But what if we provided assurances that the planes were stationary and on the ground, and that the jump would be just a couple of feet? It was at this point that our study took off. We set out in two groups, one at Katama Airfield on Martha’s Vineyard and the other at the Yankee Air Museum in Ann Arbor. One by one, our study subjects jumped from either a small biplane or a helicopter, randomised to either a backpack equipped with a parachute or a look-a-like control. As promised, both aircraft were parked safely on terra firma. The matchup was, unsurprisingly, a draw, with no injuries in either group. In the first ever RCT of parachutes, the topline conclusion was clear: parachutes did not reduce death or major traumatic injury among people jumping from aircraft.

But topline results from RCTs often fail to reveal the full story.  We conducted the PARACHUTE trial to illustrate the perils of interpreting trials outside of context. When strong beliefs about the standard of care exist in the community, often only low risk patients are enrolled in a trial, which can unsalvageably bias the results, akin to jumping from an aircraft without a parachute. Assuming that the findings of such a trial are generalisable to the broader population may produce disastrous consequences.

Before you jump to the conclusion that we’re suggesting we jettison RCTs from clinical research, let us clarify that that is not our intention. In an ideal world, new interventions would always be carefully evaluated through rigorous RCTs before widespread adoption. But when pre-existing convictions about an untested intervention affect the population enrolled, even a well conducted RCT can provide misleading results. Without careful attention to context, extrapolating findings from such an RCT to the patient in front of us may be, well, a leap too far. 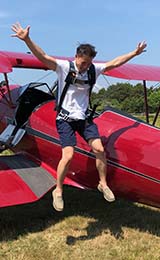 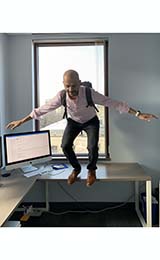 Dhruv Kazi is associate director of the Richard A. and Susan F. Smith Center for Outcomes Research in Cardiology at Beth Israel Deaconess Medical Center. 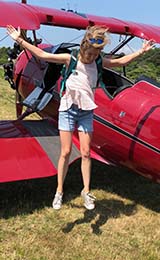 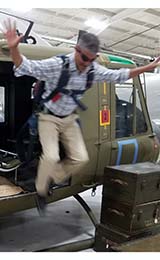 Brahmajee K. Nallamothu is professor of medicine at the University of Michigan.