Political slurs and simplistic slogans are damaging democratic discourse and policy making. In place of open and clear debate, we see unfounded assertions, innuendo, and smears. Influential—and often wealthy—elites (they are this, though pretend otherwise) have sold a myth that they stand against the self-serving control of liberal intellectualism. These elites shun reasoned argument (we’ve had enough of experts…). They close down reasoned discussion of social and political values. And claiming to stand shoulder-to-shoulder with persons who are disaffected, disenchanted, and disenfranchised, their rhetoric masks myriad entrenched commercial and political interests.

The rhetorical technique of crying “nanny state” is an example of such crushing of sensible public discussion. This is a travesty in itself, and one that is intensified with its consequent, avoidable health harms and compounded social injustices. Getting to the heart of public health means achieving political consensus on what “we as a society” should do to ensure that people can enjoy good health. This is no simple matter. On what basis do we justify redistributing resources to support a healthcare system that is free at the point of delivery? How do we legitimately limit individual and commercial freedoms to control the consumption of, or exposure to, harmful substances? How do we balance health against other important values in our natural, built, and social environments?

A healthy democracy approaches such questions with a view to understanding the importance of health alongside other crucial values. On their face, nanny state claims are about respecting individual autonomy as a supreme principle (with medico-ethical wisdoms also continuing to perpetuate concern for autonomy above all else in public health policy). In reality, nanny-state “critiques” create barriers to achieving flourishing lives in which we have more valuable choices available that can promote our health and wellbeing. They worsen existing social injustices: health inequalities, and the systemic unfairnesses that they signal, are perpetuated. Meaningful promotion of autonomy is undermined rather than achieved. A sad irony of much anti-health rhetoric is its claim of respect for autonomy as a shortcut to manipulation of people’s capacity to make informed and effective decisions.

Such apparent cynicism is underscored when we recognise how dissociable nanny state claims can be from any form of principled argument. Are limits to advertising of unhealthy products a target because they offend individual autonomy: a “right” to see adverts? Or might they really be under attack because of their impact on commercial practices? A hallmark of nanny state accusations is an unthinking negativity: a cry of “nanny state” serves as a knockout punch rather than an informative or engaging point of debate. You can try to avoid meaningful discussion of social responsibilities for the harms caused, for example, by gambling if you label regulatory interventions “nanny statist.” Furthermore, many nanny state accusations, when scrutinised, are inconsistent or incoherent. This extends to the point where they are made against policies that are in no sense “nannying.” For example, if you don’t want to debate the environmental impacts of intensive farming, shut down discussions—as a climate minister recently did—by reference to nannying.

How might we respond to such a situation? Members of the public health community are unsettled by nanny state accusations. Yet we can also find examples of prominent figures who seek to respond to this antagonistic policy climate. To do so ethically requires a joint commitment to reason and to sound and effective communication. As explained in a new report on the nanny state debate, recently published by the Faculty of Public Health, public health advocacy requires the capacity to ‘dissect’ nanny state claims, and the ability to respond to them on appropriate terms. Take three distinct examples, discussed in the report, of techniques that are adopted:

The question of what method is appropriate is necessarily a contextual one. But in whatever context, democratic authority is harmed in a situation that does not aim to promote understanding of our shared responsibilities in open, respectful, and inclusive public discourse. We might disagree on what a fair and healthy society looks like, and on what measures might be taken by government and other institutions to achieve fair outcomes. But if discussion of such questions is replaced with rhetorical name-calling, health (and other) policies lack legitimacy. This is necessarily bad politics, as well as bad for the public’s health. 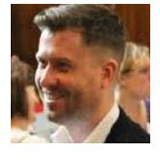 John Coggon is chair in Law at the University of Bristol, co-director of the Centre for Health, Law, and Society, member of the Bristol Population Health Science Institute, and honorary member of the UK Faculty of Public Health. He has particular expertise in public health ethics and law, and mental capacity law. @CHLSBristol 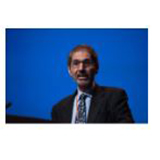 Farhang Tahzib is chair of the UK Faculty Public Health Ethics Committee and a senior public health physician and leader. 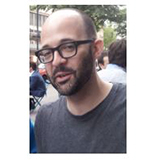 A.M. Viens is associate professor in Public Health Law and director of the Centre of Health, Ethics and Law (HEAL) at the University of Southampton. He is a fellow of the Royal Society of Public Health and an honorary member of the Faculty of Public Health. He has particular expertise in population health ethics and law.