In movies and novels, the global cityscape of the 21st century is a spatially and demographically multilayered grey chaos—think Fritz Lang’s Metropolis, Blade Runner, and Philip K Dick’s other dystopian urban futures. In these “urban planets” there is very little space for nature, sustainable ecology, and thriving human social endeavour. And that is exactly what the United Nations declared about a decade ago: more people than ever live in cities, and cities are by far the most prominent geospatial and socioeconomic features on the planet.

We may have reached “peak urban”—a critical tipping point from which there is no way back to quiet, nature based, pastoral life. Humans now shape the planet—whether intentionally or through neglect.

Urbanisation has been cast, often by pastoral romantics, as problematic. Cities create pollution and many social and environmental challenges, and they place an ecological footprint on the land that extends far beyond their own spatial limits. But are cities, as Jaime Lerner, the former mayor of Curitiba in Brazil, has said, not the problems but the solutions to the 21st century?

There is hope. The New Urban Agenda sets out a vision of human and ecologically scaled development and provides a roadmap for planning, managing, and living in cities. [1] In the agenda, leaders (including academics and political figures) have committed to plans to make cities more healthy, resilient, sustainable, environmental, age friendly, safe, and green. This has been the pursuit of a global movement called “new urbanism” or “healthy cities” since the mid-1980s.

But the reality for most people living in urban areas is not like this. Many of the world’s cities are badly planned, polluted, provide inequitable access to healthcare, and exacerbate social isolation, social inequalities, and economic hardship. Access to green space is often limited, and inadequate housing and unacceptable living conditions have a detrimental effect on inhabitants’ health and wellbeing. The many millions of slum dwellers and people in “invisible” or hidden cities are a concern for global governance, resources, and service delivery, not to mention the risks to their own health, wellbeing, and future. [2] This is a permanent social and ecological disruption built by an urban-industrial complex of malevolent planners, politicians, and developers.

Infectious diseases, such as Ebola and Zika, are harder to control in a badly governed urban environment, and they can become far bigger threats (to health and society) than they would in rural or remote contexts. In well managed areas, they may also be dealt with more efficiently through service delivery and community action.

Is there a way out from badly planned and unhealthy cities—apart from massive number crunching and the calls to action by UN Habitat (http://nua.unhabitat.org/) and greeny visionaries? [3,4]

Some positives signs of change come from communities and local governments that have explicitly chosen to seek a governance role on the global stage. Global and local networks like Sustainable Cities, United Cities, and ICLEI (Local Governments for Sustainability, https://www.iclei.org/) embrace multiprofessionalism, the value of connected research and development, the power of committed communities and diversity, and open and transparent exchange of experience by communities, political leadership, and academic “experts.” These governance arrangements are rapidly evolving and may cause a spin-off disruption of note. Political analyses have shown that local government and community engagement create policy innovation that national and international governance systems watch with envy. [5,6]

Perhaps the nation state is dead, and local level formal and informal, public and private engagement will have to save the day. Tobacco control, responses to the refugee crisis, and climate change mitigation begin, and are effective, locally and through policy diffusion spread horizontally (to other localities) and upward (to higher levels of government). The connections between horizontal and vertical networks of communities and governments will be critical for our future. Recognising this new local reality and acting this out nationally and globally will shape our world and stabilise urban progress for greater wellbeing. UN sustainable development goals 3 and 11 would be well served by such a recognition—as would all global sustainability aspirations. 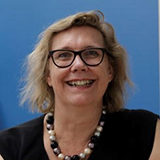 Evelyne de Leeuw is a professor and director at the Centre for Health Equity Training, Research, and Evaluation part of the University of New South Wales, the South Western Sydney Local Health District, and the Ingham Institute.