Protecting the world from outbreaks of infectious disease requires a World Health Organization (WHO) that is able and willing to confront the most powerful stakeholders, because even its own member states do not always act in the interests of global public health. Countries may conceal important information, hoard vaccines or drugs, block trade, or ban travellers without justification—all of which can hamper outbreak control. Two major disruptors—severe acute respiratory syndrome (SARS) in 2002-03 and Ebola virus disease in west Africa in 2014-15—have shown the health consequences of outbreaks as well as the economic and security crises they could spark. This pushed health security to the top of the political agenda and reshaped the identity of WHO. SARS and Ebola prompted important reforms at WHO but didn’t generate the steady financing that the organisation needs.

From the first suspected cases in China’s Guangdong province in 2002, the previously unidentified and deadly SARS virus quickly spread to nearly 30 countries, sowing panic and bringing travel and tourism to a standstill. China initially withheld information on the outbreak from WHO and the global community, prompting Gro Harlem Brundtland, head of WHO at the time, to publicly call for greater transparency from the government—at considerable political risk. She also issued a travel advisory for Toronto after cases were identified, despite protests from the city mayor and Canadian government. By the end of the outbreak, at least 8000 people had fallen ill, and economic losses had reached at least $11.8bn (£9bn; €10bn), primarily in east Asia and Canada. [1]

The legacy of SARS on the global governance of outbreaks was profound. The crisis prompted a major revision of the International Health Regulations, one of only two binding global health treaties in existence. Governments delegated greater authority and responsibility to WHO in health emergencies, such as allowing it to consider outbreak information from non-state actors when formulating its judgments and advice. [2] It redefined WHO’s identity as not only a technical organisation supporting its members, but also a political actor with decision making power that could have global consequences. SARS also reminded world leaders that all countries—even the wealthiest—depended on WHO to gather, interpret, and share highly sensitive information on emerging outbreaks to enable faster, better responses to the threat of infectious disease.

SARS may also have helped convince the Chinese government to invest substantial diplomatic capital in backing Margaret Chan, who led Hong Kong’s response to the outbreak, to become WHO’s director general in the 2006 special election.

Both Brundtland and Chan were strong leaders, but with contrasting philosophies regarding how much deference WHO should give to its sovereign member states. This difference was clear during the west African Ebola crisis a decade later, when WHO was facing resistance from the government of Guinea in calling greater international attention to the outbreak. Led by Chan, WHO waited five months after the first case of Ebola was confirmed to declare an international emergency, despite clear signs that the outbreak was out of control in urban areas of Liberia and Sierra Leone. With its searing images of patients dying in quarantine and health workers in full body protective gear, Ebola caused panic worldwide and reminded policy makers that weak health systems anywhere heighten the risk of pathogens everywhere.

After two years, 11 000 deaths, and several billion dollars in response spending, the outbreak was over but with lasting consequences for the three hardest hit countries and the global health community. WHO faced a crisis of confidence in its ability to fulfil its mandate as guardian of global health security. At the same time, Ebola underscored that no one could afford a weak WHO. After a plethora of reviews, a concerted push for change yielded important, but partial, reforms—most importantly, an invigorated peer review system for national preparedness and revamped capacity at WHO to respond rapidly on the ground to outbreaks supported by a new contingency fund. [3] Outbreaks remain a high priority in WHO’s current programme of work.

But WHO’s unstable financial foundation, which makes it difficult to challenge member states or to build a coherent, highly capable organisation, is still not resolved. Between 2000 and 2018, the proportion of WHO’s budget guaranteed by its member states fell from 40.8% to 21.6%, leaving it increasingly reliant on voluntary contributions to meet expanding demands (its total budget also doubled during this time). [4,5] Governments were not willing to back a proposal to increase significantly their obligatory contributions to WHO, seeming to prefer an organisation that they could more easily control.

In brief, legal reforms after SARS envisioned a politically robust WHO able to put the global public interest above the narrow interests of any single country, but financing reforms after Ebola fell short of building it. The incumbent director general Tedros Adhanom Ghebreyesus has his work cut out in tackling this unfinished reform. 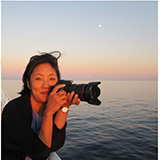 Suerie Moon is director of research at the Global Health Centre, Graduate Institute of International and Development Studies, Geneva.

Competing interests: SM has been a paid consultant to the WHO Essential Medicines Department.