We don’t have the money to deliver the sustainable development goals, says Ronald Labonté

The collapse of Lehman Brothers bank in 2008 heralded the greatest financial crisis since the Great Depression in 1929. Immediate effects of the crisis were a sharp rise in unemployment, stagnating or worsening poverty rates, increased homelessness, and an excess in childhood deaths disproportionately affecting poorer populations—all of which had a negative effect on people’s health and wellbeing. [1] The rapid shift into global austerity deepened the detrimental effects on health through cuts in public health and social protection spending, increased user fees for public services, and reductions in public sector employment. [1] And it seems likely that another meltdown lies just around the corner.

The backstory to the 2008 crisis is well known. Profligate lending by unregulated and highly leveraged banks propped up a real estate bubble against which many of the American middle class borrowed to offset stagnant incomes. Risky (subprime) mortgages were slipped into investment products that, with approvals from bond rating agencies, were sold worldwide, off-loading the lenders’ risks to other banks, pension funds, and retirement savings. When the real estate bubble burst, the entwined global financial system faced imminent collapse. By 2009 several countries were heading into recession.

Many of the world’s governments acted with a coordinated alacrity unmatched by responses to any other global health or environmental crisis. Indebted governments, which had been reluctant to invest more heavily in global health development assistance, pumped $11tn (£8.6tn; €9.6tn) into failing banks, some as direct subsidies and the rest by creating new money (quantitative easing) and keeping interest rates at historically low levels. [2] These unorthodox monetary policies re-inflated a global financial system that was crumbling under its own greed. Heterodox economists, who had long predicted the 2008 crisis, imagined that global economies would move away from unfettered market liberalism towards a neo keynesian era of corrective government intervention into an increasingly unequal economy.

However, in under two years, governments that had been initially keen to publicly bail out private greed backtracked and embraced fiscal austerity, a variant of the discredited structural adjustment programmes of the 1990s. Greece became (and remains) the European example of how austerity destroys economies rather than the reverse. Internationally, the belt tightening measures of austerity were (and continue to be) experienced worst by those least responsible for the mess. The effects of the crisis and the ensuing recession and austerity on health have been largely negative. [3]

Promises were made in 2008 to re-regulate global finance to prevent future economic collapses, but these were only weakly implemented, if at all. Renewed discussion of a global financial transaction tax to curb financial speculation, which, coincidentally, would be sufficient to finance all 17 of the sustainable development goals (SDGs) in a year, quickly distilled to a handful of (still reluctant) EU countries. [1] The majority consensus is that financial reform after the crisis has been too little, too late. It is a global governance failure, which the former UK prime minister Gordon Brown described as “sleepwalking into a future crisis.” [4] Bank profits have risen again, as has the bonus culture. Risky shadow banking and the derivatives market continue to trend upwards, re-inflating asset bubbles. Global debts are now almost twice as high as they were when the 2008 crisis began. [5]

When the next crisis hits—and it will—governments no longer have 2008’s monetary salvage tools. Interest rates can’t be reduced much further, and the global debt burden is a result of too much newly minted money. Global governance to mitigate financial crises is trickier now than a decade ago, so global health outcomes will be worse. Unless, and until, private global finance is effectively reigned in, the health outcomes promised in the SDGs will remain illusory rhetoric as the financing won’t be available.

But the biggest governance price we are paying for the (ongoing) economic avarice of the few is the rise of right wing extremist politics, an expression of the failure of the established parties (right, centre, and left) to acknowledge the deep social, economic, and health wounds created by the 2008 crisis, and governments’ temerity in applying only a few small policy bandages to a haemorrhaging tear in the social contract between those hoarding capital and the rest of us. 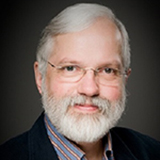 Ronald Labonté is distinguished research chair in globalisation and health equity and professor in the School of Public Health and Epidemiology, University of Ottawa.

1 Labonté R, Stuckler D. The rise of neoliberalism: how bad economics imperils health and what to do about it. J Epidemiol Community Health 2016;70:312–8.

2. Ortiz I, Cummins M. The age of austerity: A review of public expenditures and adjustment measures in 181 countries. SSRN Electronic Journal 2013 Mar 24