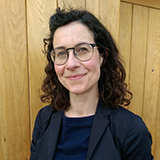 Recently published research has revealed the extent and nature of the risks and challenges experienced by perinatal women and their babies in the prison system in England. Urgent changes are needed to ensure better care for these women and their babies. I believe there are clear opportunities for the Ministry of Justice, NHS England, and other stakeholders to provide prisons with legislation and resources to address these issues and work more effectively to improve outcomes for women and their children.

Few can fail to be shocked by the experiences of Layla, a women interviewed by Laura Abbott during doctoral research, reported in The Guardian this week. Layla was 24 weeks’ pregnant with her second child when she was sent to prison, and had a footling breech birth at 36 weeks’ gestation in her cell—a birth with high risk of maternal and infant morbidity. Healthcare staff didn’t believe her when she told them that she had lost her mucous plug, and again later when she told them she was in labour: “’I’m telling you I am in labour’, ‘No you’re not.  Here’s some paracetamol and a cup of tea.’” Layla described the nurses being in “absolute panic” as she delivered her daughter in her cell and “not even trained in that field.” There were no provisions for Layla and her baby in the transfer to hospital, and she was not able to debrief her traumatic labour experience in the months that followed.

Aspects of Layla’s experiences and other examples of inadequate care are reported by women across the prison estate. They represent significant risks not only to the women and babies involved, but also to prison and healthcare staff; none of whom should be put in the position of making decisions or supporting births for which they are unqualified (NMC Code 2015). To make matters worse, as The Guardian’s report revealed, no data are kept on the numbers of pregnant women, births (in cells or otherwise), miscarriages, stillbirths, or adverse incidents in our prisons. How can proper care be planned, or accountability delivered, if no-one knows the numbers involved?

Birth Companions has been advocating for changes for over two years since the publication of our Birth Charter for Women in Prison in England and Wales, which contains comprehensive recommendations for perinatal women in custody. These include giving all pregnant women 24-hour phone access to midwives; allowing pregnant women the opportunity to live together on a designated wing; access to antenatal education; and recognition that unqualified staff should not make decisions about whether a woman is in labour or in need of midwifery care.

There are positive signs that this advice is being listened to: some individual prisons are implementing some recommendations; Public Health England’s Standards to Improve Health and Wellbeing of Women in Prison in England contains a Pregnancy and Families section with strong aspirations for better care; Her Majesty’s Prisons and Probation Service (HMPPS) will soon publish guidance on perinatal women in prison. However, the challenges of providing care in the custodial setting (as recently highlighted in the Parliamentary Health and Social Care Committee’s damning report into healthcare in prison) means that good practice is extremely hard to maintain without more significant systemic change.

Let us act now in order to prevent experiences like Layla’s ever happening again.

Naomi Delap is director of Birth Companions, a charity working to improve the lives of women and babies who experience severe disadvantage during the perinatal period.

Birth Companions has supported perinatal women in prisons since 1996 and currently offers services in four prisons in England, which include antenatal courses, mother and baby groups, a peer support programme and birth support.