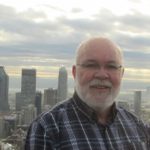 Adverse drug reactions (ADRs), or side effects, are important to patients. This became very clear to me in the six years when I served as a public member of the Canadian Drug Expert Committee, during which I read and reported on nearly 300 submissions from patient groups. The committee recommends which drugs should be listed—and with what criteria and conditions—in the formularies of nearly all public drug programmes in Canada. What became clear was the gap—sometimes wide—between what patients often assume and understand about ADRs (a term that patients never use) and what physicians and pharmacists assume and understand about them.

Some patients think or hope that there is a drug that can be effective in combating a serious disease without causing side effects (the term patients always use). Most, though, recognize that side effects are inevitable for at least some patients. Many think that the greater a drug’s efficacy in reducing or eliminating symptoms, the less likely it is to cause side effects. It would be helpful for physicians and pharmacists to make clear that all drugs can have harmful or unwelcome side effects, as well as what is both known and not known about how common these side effects are, and what the relationship seems to be between the drug’s demonstrated efficacy and its reported side effects.

More attention by prescribing physicians to the information (or misinformation) environment in which patients live would also be helpful and enlightening. For instance, Americans and Canadians who watch US-based television programmes are exposed to a regular cascade of advertisements for drugs. During each there is a long recitation of side effects—usually without any mention of which are most common or serious—that many people with whom I’ve spoken (including patients and physicians) think are poorly understood, half-remembered, or essentially ignored by most viewers, including those with the condition for which the drug is being promoted. Perhaps the exposure to these lists of side effects gives viewers/patients a false, or even dangerous confidence, that they are informed consumers. And perhaps some are simply numbed by the repeated recitations, so much less interesting and memorable than the images they are seeing.

Then there is the internet. Physicians might do a google search for “statin side effects” or “Jetrea side effects” and try to imagine what a patient’s eye will be drawn to and what is most likely to stick in his or her consciousness. And, of course, after conducting such a search many patients will find messages from interested parties appearing unbidden on their computer screens. So it would seem to be useful and even necessary for a physician to ask patients what they know, or have heard, about a particular drug or class of drugs for their condition, before writing an actual prescription.

It is certainly helpful to emphasize, as a recent BMJ clinical update says, that “doctors tell patients ‘whatever they want to know’ about potential ADRs,” but of course patients often do not know what they want or need to know, especially when they are first receiving a diagnosis and being advised—or told—they should start taking a particular drug. This is why patients often first (or more clearly and extensively) articulate their concerns and questions about side effects to a pharmacist (who may not be familiar with or have access to the patient’s medical history and who may, in fact, never before have seen or spoken to the patient). There are, of course, ways of effectively connecting physicians and pharmacists and of enabling patients to ask their physicians follow-up questions hours or days after being prescribed a drug, but one wonders how well and widely established they are.

What do patients need help with when it comes to side effects? Many need help distinguishing between the symptoms of their condition and the side effects of a particular drug, especially since many of the most common side effects (nausea, dizziness, fatigue, headache, etc.) are also among the most common symptoms of frequently occurring conditions. Patients also often need help understanding and applying criteria for discontinuing a drug, or reducing a dose because of difficult side effects. Many of the patient groups that made submissions to our committee made it clear that patients, because of their experience of side effects, often stop taking a drug or reduce their dose before and sometimes entirely without telling their physicians. Knowing this is not a rare occurrence should prompt physicians to address the issues of whether and when to stop taking the medicine and whether and when to reduce the dose when discussing a proposed new prescription with their patients.

Finally,  it is important that physicians and patients report ADRs (or side effects) to a regulatory agency, even when only suspected. Patients may need extra encouragement to do this, especially in cases where they have already reported difficult side effects to their physicians. They may assume, wrongly in some cases, the physicians will go ahead and make the report and do a better job of doing so than they could. They may also find the websites hard to navigate—as I did when exploring the Health Canada website for instructions about reporting side effects. But something important may be lost when the patient’s experience is described only by the physician.

Frank Gavin is a recently retired English teacher who has worked as a volunteer to advance patient and family centred care since 1995, most recently in research projects. For six years (2011-2017) he was a public member of the Canadian Drug Expert Committee.