The UK government has today announced that prevention will be an integral part of the NHS’s long term plan. The announcement brings a long-awaited focus on public health measures, which represent the most cost-effective ways to dramatically improve the overall health of the nation and reduce the demand on public services. Achieving change like this in public policy is a key public health objective towards protecting the health of populations, and this is no different in public mental health in the UK. However, when considering that determinants of mental health most often lie in non-health domains (like social, education, housing, criminal justice, family, and labour policies), it means that the policy decisions the mental health sector is looking to influence should involve multiple levels and departments of government. [1]

In the traditional theory of policy streams, if the problem (public matter requiring attention), the policy (proposal for change), and the politics (relevant political issues including public opinion) align, then this creates a policy window of opportunity to facilitate change. [2]

For years, the mental health sector has speculated that mental health problems are on the rise. The data now seem to back this. The 2014 Adult Psychiatric Morbidity Survey recorded a steady increase in the proportion of women with symptoms of common mental health problems since 2000. [3] This year Universities UK reported a five fold increase in the number of students disclosing mental health conditions since 2007. [4] The Mental Health Foundation’s national survey in 2017 showed that nearly two-thirds of people say that they have experienced a mental health problem in their life time. [5] This could be, in part, a result of efforts to reduce stigma and create a cultural shift that supports disclosure. However, it would seem unlikely that this would account for all the increased morbidity and indicators of distress (e.g. excess self-harm reported in teenage girls).

What is becoming apparent is that the problem is greater than previously understood and, in this context, the policy proposition is clear. If we are to rise to the challenge of reducing the prevalence of mental health problems, we need to revise the way we view mental health, move from a dominant deficit model to one where health is viewed as a universal asset (to be strengthened and protected), and change how we think about management beyond specialist services (and taking some of the strain off the NHS) to community and settings-based preventative solutions. [6]

To complete the triangle, we have seen a series of political events in the past couple of years setting the scene, even before today’s announcement by the secretary of state for health and social care. Among other things, the prime minister made mental health part of her current health agenda from her inaugural speech, West Midlands undertook a politically-backed public mental health commission and in conjunction the mayor of London initiated Thrive LDN as a citywide movement to improve mental health across the city. In Scotland the first dedicated minister for mental health was appointed, Wales passed the “Wellbeing of Future Generations Act,” and cross-party support has been noted in Northern Ireland. Public opinion demanding a change in mental health has never been stronger than in recent years. The international environment adds further support with multiple population health initiatives focused on mental health across several, especially high-income, countries. [7]

Hence, the time for action is now.

We would like to see public—not just mental—health leaders directly guiding political leadership towards serious and creative approaches to this modern emergency, which now seems to be as deeply rooted in our lifestyles as its social determinants and inequalities are rooted in our communities. [8] This focus on tackling health inequalities upstream will be critical and we need ongoing research to better understand what frameworks work under a socio-ecological perspective, and what are the appropriate communications to ensure buy-in from the public. To achieve these, and make the case for sustained political engagement, we would have to be able to more effectively measure change in early intervention and prevention, thus relevant guidance and outcomes should be developed to help practitioners run meaningful evaluations of interventions. Overall, the sector should clearly focus on achieving sustainable change in increasing research funding, maintaining ongoing public dialogue and interest, placing the citizen lived experience at the core of decisions and developments, making available most promising interventions, and building lasting partnerships across sectors, disciplines, and countries. And to turn the tide we need to maintain our focus on tackling stigma in order to complete the redefining of mental health from a burden we hide to an asset we protect.

The timer has been set and the countdown has begun. 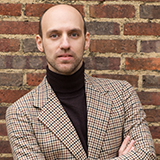 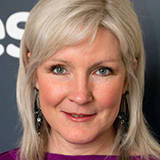 5 Surviving or Thriving? The state of the UK’s mental health. Mental Health Foundation, 2017.