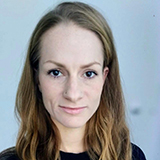 There is an air of hopeful anticipation within the abortion rights movement. So far, 2018 has brought much cause to celebrate. In March, the 50th anniversary of the implementation of the Abortion Act marked 50 years of safe provision in the UK. Then in May came the landslide vote in favour of repealing the eighth amendment in Ireland. A victory undoubtedly in part due to the collective voice of Irish doctors who came forward in their hundreds to stand up for women, sharing their powerful stories from the frontline and debunking the abundant harmful abortion myths. June and August brought approval for home use of Misoprostol in England and Wales, meaning that women will soon be able to take the second pill for early medical abortion in the comfort of their own homes. This came as a legal challenge to home use in Scotland, which had led the way in 2017, was successfully defended. And now, within the past week, we have seen two further significant developments within Parliament. Diana Johnson’s ten minute rule bill on the decriminalisation of abortion was passed resoundingly, followed the very next day by the approval of NC7, an amendment to the Northern Ireland Bill tabled by Labour MP’s Stella Creasy and Conor McGinn. NC7 will serve to hold the Secretary of State for Northern Ireland to account for any violation of human rights caused by current legislation—a victory that could not only pave the way for legal abortion in Northern Ireland, but also same sex marriage.

Although neither of last week’s votes will result in any immediate change in law, they demonstrate a growing body of support within parliament and reflect a seismic shift in the abortion rights movement from a defensive position (there have been approximately 50 legal attacks on the Abortion Act since it’s introduction) to a positive and progressive one, that is pushing for liberalisation of abortion law.

Many people, health professionals included, are surprised to discover that abortion remains a criminal offence in the UK. The 1861 Offences Against the Persons Act still stands. It is a piece of legislation enacted before women were allowed to vote and carries a potential punishment of “penal servitude for life” for procuring an abortion. The 1967 Abortion Act provides exemptions to this law, allowing a woman to access legal abortion if two doctors agree that the grounds specified in the act are met. Although the act was an important achievement that dramatically reduced abortion related mortality, UK abortion law is now outdated, not evidence based, and prevents best practice.

The mandatory requirement for two doctor’s signatures is archaic, paternalistic, and not in keeping with the principle of autonomy, with no other medical procedure requiring the authorisation of two doctors. This stipulation can also cause unnecessary delays, waste resources, and restrict access—particularly in small or rural clinics. Although specialist nurses and midwives are increasingly providing high quality care across most areas of medicine, the law restricts their role in abortion care, wasting valuable skills. Furthermore, the use of criminal law in abortion care sends a strong message of social disapproval and contributes to abortion related stigma. The highly restrictive laws in Northern Ireland, to which the Abortion Act was not extended, represent a gross infringement of basic human rights and gender equality (a view supported by a Supreme Court ruling this year) and leaves doctors unable to provide appropriate and necessary care for their patients.

Decriminalisation—the removal of abortion from the criminal statute—would not mean deregulation. A multitude of regulations and clinical guidelines already exist that govern healthcare and hold us, as health professionals, to account. Legal requirements convey no clinical benefit, nor do they play any role in the safeguarding of women. What does protect women is the education and training of staff, an open and non-judgemental approach, access to counselling if needed, and good practice on screening for evidence of coercion. There is also no evidence that decriminalisation will lead to an increase in the number of abortions, or abortions performed at later gestations. Canada, where abortion was decriminalised 30 years ago and is treated like any other medical procedure, have seen no increase in abortion rates.

When BPAS first announced their “We Trust Women” campaign to decriminalise abortion in the UK, it seemed hopelessly ambitious, but what a difference a year can make. The advancements made thus far, as well as declarations of support for decriminalisation from professional medical bodies including The BMA, The Royal College of Obstetricians and Gynaecologists and The Royal College of Midwives, mean that it is now a real possibility. We must build on the momentum of this year to finally ensure that women in Northern Ireland are no longer denied access to basic healthcare and that women across the UK can truly have governance over their own bodies.

Hayley Webb is a GPST3 in North West London who has previous experience working as a Specialty Doctor in Sexual Health. She is also secretary of Doctors for Choice UK, a group of UK based doctors and medical students who campaign for the decriminalisation of abortion in the UK. @DrsforChoice_UK