A recent report called on doctors to initiate conversations about dying earlier on in a patient’s illness trajectory. Mark Taubert describes how patients are key to improving this 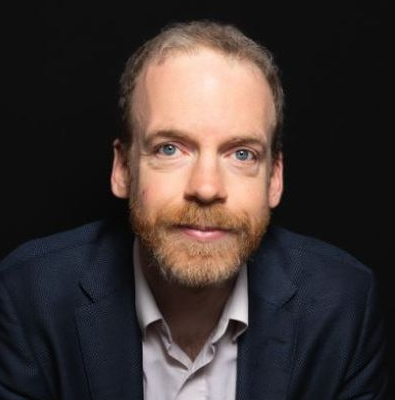 I was sat talking to *Neil, an IT worker in his 50s with advanced cancer, about his wishes when things got worse over the coming year. What would he want medics to try if he was unable to communicate, and were there any interventions he’d want to forgo?

Neil and I had never met before, and already we were talking about one of the most personal things, the big taboo topic: our dying moments and death.

A recent report by the Royal College of Physicians has highlighted how doctors struggle with talking about dying, making them reluctant to broach this subject with patients. It concluded that many people are so focused on the benefits of modern medicine that talking about the inevitable, dying, seems like an unpleasant distraction, a waste of time, because death and dying are not really on the agenda.

Doctors and nurses can be willing colluders in patients’ and their families’ fighting narrative (“Let’s fight this and beat cancer”). Some patients may even feel that talking about death and dying  implies a doctor knows something they don’t: “Why is he talking about this now?”

I have at times been mildly apologetic when I start talking about the topic of advance care planning and what lies ahead to some of my patients, but acknowledging this is sometimes a good way in: “I am sorry to bring something up that may seem a bit alien, especially given that you are feeling better at the moment. But have you ever thought about what you’d like to happen (and not happen) when you get very unwell in future?”

When I raised this with Neil, he understandably needed a bit of time to think these things through and talk to his family—these conversations often don’t just take place in one sitting. Neil had reasonable questions about what each intervention might do and what the pros and cons were. We talked, I gave my views, and also gave him a video to watch, where one intervention at the end of life is discussed in detail, cardiopulmonary resuscitation.

My patients and their loved ones react quite differently to this kind of conversation, and can fall into several categories, which I sometimes think of as follows: the Joker, the Denier, the Fighter, the Silent One, the Offended, and the Philosopher.

The Joker: “Oh you mean when I pop my clogs, doc? Ha, Glenda my wife will tell you that I’m not going to die anytime soon, the lawn still needs mowing every Sunday.”

The Denier: “Not for me doc, Dr K has started me on immune-something-or-another and it is going to cure me.  None of this negative talk now.”

The Fighter: “‘You’ve got to fight, you have to stay positive, I don’t need any of this pessimistic talk now.”

The Silent One: Any talk about their health worsening or even death is understandably met with shock and horror. Many people become very quiet, and if the doctor does not read the facial reaction early on and stop talking, they turn pale as a sheet and become very upset.

The Philosopher: “We all die one day doctor, and if you look at our lives and think how long the cosmos has been around, dying at 40 or dying at 80 is much of a muchness.”

The Offended: Usually a young relative, who is coming to terms with the grief of hearing that a loved one’s time may be cut short and that planning for all eventualities will involve some hard topics. “Sorry, I think bringing this up is totally out of order, why do you want to talk about this to my poor mum?” I often find that older patients are actually very interested in this topic, and sometimes exclude their younger family from such conversations, which is a shame. Perhaps they do not wish to burden them, but it makes conversations harder when things do get worse.

Most people are, of course, a mix of the above types and such categorisations are fairly broad. I personally would probably be a mix of the Joker and the Philosopher, when faced with bad news or the prospect of planning my own dying moments, but on a bad day I might go very silent. It must feel like the rug is being pulled out from under you. But then has society not informed this reaction? If so, then perhaps a societal change in attitude can help.

I spoke to our hospital’s patient and carer liaison group recently, and one of them was very clear that the societal taboo around this conversation may be decreasing. She felt that patients and their family members can be well placed to turn the tables on their doctor and ask the question themselves: “Can we talk about dying, Dr G?” I wonder what stereotypes doctors would fall into, and I suspect there might be a few shocked and silent practitioners.

I hope that the report by the Royal College of Physicians, with its recommendations for doctors and other healthcare practitioners on how to best begin this conversation, starts a separate debate on whether patients can bring this up with their doctor. Twitter has been very vocal on this topic recently, with many patients on social media recounting how they took control of the consultation.

When Neil came to the hospital after my initial chat, he had made up his mind, but he saw a different doctor, who later came to me and said he was taken aback by Neil’s frankness and expertise on this topic. “He’d looked at your TalkCPR videos. I thought he wanted to chat about chemo. He did, but he also said that he wanted a DNACPR (“Do not attempt cardiopulmonary resuscitation”) form filling in, and where he wants to be in the last days of his life. It thrust me into a conversation I don’t often have. But it was good.”

Perhaps, when patients turn the tables on doctors and start the advance care planning discussion themselves, we will see the start of a change in culture. Maybe then I will have to add a subtype, “The Icebreaker.” Until then, doctors must do all that we can to find good ways of starting compassionate but realistic conversations about serious illness.

*Patient consent not obtained since the patient died a few years ago. His name has been changed.

Dr Mark Taubert is a consultant in palliative medicine and honorary senior lecturer for Cardiff University School of Medicine. He is strategic lead for advance care planning in Wales. Twitter @DrMarkTaubert