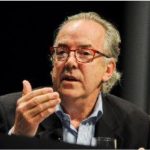 The conversation about remission for patients with serious chronic diseases like rheumatoid arthritis and lupus needs to change. Many rheumatologists talk about remission as if it is the goal of their treatment. Rheumatologists define remission as the absence of signs and symptoms of significant inflammatory disease. Most patients assume that remission is akin to being cured. Using the term “remission” is loaded with bias and is, in my opinion, misleading to patients. At a time when patients may already be feeling stressed or anxious, adding further confusion is unnecessary.

From my point of view, being cured means that you do not have the disease any longer, that you do not need to take specific medications, and that you can resume your life more-or-less as it was before the disease. Very few patients suffering moderate to severe lupus or rheumatoid arthritis ever reach this stage, probably way less than 1%. The European League Against Rheumatism (EULAR) defines clinical remission as having a swollen joint count of 1 or less, C-reactive protein (CRP) levels of 1 mg/dL, or less and a global patient assessment of 1 or less. But very few patients reach this stage, and even fewer sustain it.

General practitioners and specialists tend to consider remission as a professional goal. They like to talk to their peer group referring to the number of remissions they have achieved. For these clinicians it is about reducing the level of disease activity, not curing the disease. For example, a clinician might say that sustained remission rates at week 106 were achieved for 24% of their patients on a particular biologic. This implies that 24 patients out of 100 had a significant reduction in their symptoms 106 weeks after diagnosis. Typically, “symptoms” are assessed as swollen joints, stiffness, and pain.

In my experience, what are not measured by clinicians are fatigue levels, flares, the impact on a patient’s quality of life, co-morbidities, drug-to-drug interactions, and mental health. It is quite possible that a patient can have a large reduction in pain and no longer require opioids, but still be subject to fatigue to the extent that they may not be able to return to work. From my perspective remission is definitely not a cure. It is the mismatch between what the specialist is aiming for and the patient’s desire to return to something like a normal life that causes confusion.

In a study conducted in 2015, 83% of patients experienced flares after stopping a biologic agent and subsequently relying only on prednisolone and methotrexate. [1] So, from one point of view, the clinician is prescribing cheaper drugs to “better control” the patient’s disease activity. But from the patient’s point of view, the disease is still serious, still debilitating, and they still have flares. And this is still disappointing for the clinician too. In an article in MedPage Today, Nancy Walsh writes that literature reviews indicate that the more serious the disease, the less likely sustained remission is. [2] Furthermore, in six observational studies sustained remission was typically 6 to 9 months, ranging from 38.1% to 7.9% of patients. The older the patient and the longer the duration of the disease, the less likely remission will be sustained. Her article indicated that a major finding across 4,000 studies was a lack of a clear definition for remission and for associated predictive factors.

The term “sustained” repeatedly surfaces across many studies. Most patients would assume that sustained means “long-lasting.” This is not the case as sustained usually refers to a fixed period such as 6 months or 12 months.

In joint decision making with the patient, the clinician should, in my view, avoid using the term “remission” and instead use terms like “control” and “symptom reduction.”  Low disease activity is a more relevant and easier to understand target. Many patients may not be able to reach clinical remission and, as such, low disease activity as a target is more relevant from the perspective of an already stressed patient.  What is important here is that clinicians need to incorporate the patient’s perspective and not just rely on clinical measures.

Michael Gill is a BMJ patient reviewer and founder of the Charity Dragon-claw.org.

1. Huizinga TW et al. Clinical and radiographic outcomes at 2 years and the effect of tocilizumab discontinuation following sustained remission in the second and third year of the ACT-RAY study. Ann Rheum Dis 2015; 74:35–43