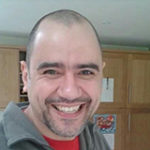 One of the foremost concerns about the NHS, which has led to the formation of a number of pressure groups, is the worry that it is slowly being privatised. It would be safe to say that if there are actually plans to privatise the NHS, then they are being kept secret and their existence is repeatedly denied. Those who continue to believe that there is an agenda for privatisation could therefore be considered conspiracy theorists. I used to be one of them, but now I am much more agnostic about privatisation.

Privatisation of nationalised services in the UK has nearly always happened in a “big bang” method, resulting in sale of shares and transfer of asset liability. Yet the oft repeated fear for the NHS is that privatisation will happen by the backdoor. This has never come to fruition, but the conspiracy theorists can always say that it is just around the corner.

If one was to use the outsourcing/privatisation WHO definition, then parts of the NHS are “private” already: general practice, retail pharmacists, opticians, dentists. Various parts of the NHS have been outsourced to businesses—or privatised depending on your interpretation—for many years. With the advent of the 2012 Health and Social Care Act the possibility of outsourcing more services was encouraged.

It is a separate argument as to whether the outsourcing of NHS services is the same as the privatisation of previously nationalised services like rail, energy, and communications. I would also argue that piecemeal outsourcing of services by different clinical commissioning groups doesn’t reflect an underlying Machiavellian plan to undermine the public ownership of the NHS, but these debates can risk blinding us to a bigger picture.

It is often said that the NHS is the one true religion of the UK that virtually everyone believes in and defends. But it’s worth considering if this blind faith will serve our healthcare system and its future needs. Up until the Reformation there was no serious questioning of the established Church and its practices. We need a similar paradigm shift in the questions that we ask of the NHS. We need to question our undying faith in a system that does not appear to be providing the best health outcomes. Instead of asking whether the NHS is being privatised, with whatever definition one uses, we should be asking what type of NHS will give the country the best health outcomes.

Parts of the NHS have always been outsourced, and more parts are following that route. Instead of wasting energy on arguing whether this constitutes the slowest privatisation in the history of privatisations, we should be working out if and how this affects health outcomes. Instead of yet more NHS reforms, what is needed is an NHS Reformation.

Samir Dawlatly is a GP partner at Jiggins Lane Medical Centre in Birmingham. The views expressed here are his own and don’t necessarily represent those of any organisation he works for. Twitter @SDawlatly