If we cannot rely on our government to observe the principle of being at “arm’s length” from the drinks industry, we wander into a storm that has the potential to capsize public health 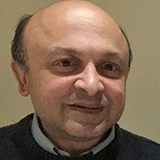 It seems apparent that a stance was taken in reaction to the conflict of interest between having a governmental agency whose responsibility it is to protect the nation from public health hazards partnering with an organisation that represents the interests of the alcohol industry.

But that’s not the end of it. There are some alarming omissions in the joint statement. It is not clear what is meant by middle aged drinkers taking “more drink free days.” More than what or whom? We already know that the Chief Medical Officer’s guidelines for low risk drinking recommends having “several” rather than “more” drink free days. Why, then, does this need repeating in such vague terms? Additionally, the focus on middle aged drinkers would have been better aimed at “baby boomers,” the cohort of older people most at risk of increasing and higher risk drinking. The statement also failed to reinforce the weekly 14 units per week low risk limit.

This new campaign, backed by high profile people telling drinkers to drink less, is all well and good, but skirting around and dumbing down the specifics of existing guidelines does not bode well for a consistent public health message.

Between 1986 and 1987, the Royal College of General Practitioners, the Royal College of Physicians, and the Royal College of Psychiatrists published reports that endorsed guidelines on sensible drinking of no more than 21 units per week for men and 14 units for women. Yet the government chose to move recommendations from weekly to daily units by stating that men should not drink “more than 3-4,” and women “no more than 2-3,” units of alcohol per day. That’s potentially a 28 units per week upper limit for men and 21 for women. It is telling that the interdepartmental group on sensible drinking was formed mainly of representatives from the Department of Health who considered written evidence from royal colleges that were not represented on the group. This divergence did not deter the royal colleges from maintaining their recommendations for weekly drinking, yet the media mocked the weekly recommendations for being “plucked out of thin air.”

It was not until 2011 that a resurgence of interest in re-examining sensible limits emerged as a result of the Royal College of Psychiatrists’ report Our Invisible Addicts. The report recommended reducing the upper weekly limit for both men and women aged 65 and over to 11 units per week. The next five years involved much poring over the evidence base to confirm the health risks from drinking. This culminated in the overall view that there was no absolute safe limit when it came to health risks. At a population level, however, health risks could be lowered to a minimum by drinking no more than 14 units of alcohol per week. Subsequent large empirical studies have confirmed the absence of any overall health benefits from drinking any amount of alcohol.

Then there is the bigger picture of alcohol and public health. Low risk drinking guidelines need to be complemented with other population level approaches. These include labelling of alcoholic drinks, minimum unit pricing, reducing drink driving limits, and ensuring that the licensing process is not to the overall detriment of public health.

If we cannot rely on our government to observe the principle of being at arm’s length from the drinks industry, we wander into a storm that has the potential to capsize public health and all that it represents. We have already hit the rocks and are sinking. At least we can turn back and salvage something for the public good. Otherwise, over 30 years of scientific rigour will have evaporated in an instant.