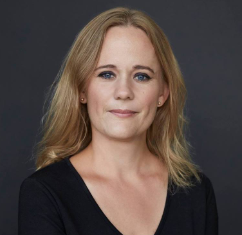 Many patients will have stories of seemingly small acts of kindness that unfolded in clinical encounters, and the effect these had on them and their relatives. Losing sight of this is easy in increasingly complex, fragmented, and hurried healthcare systems,1-6 but it’s vital that healthcare professionals keep it at the heart of how they practise.

I’ve spent the past 10 years researching healthcare encounters, which has confirmed what firsthand experience had already taught me about the difference compassionate care makes. I found out just how much being treated with empathy and understanding helped—not only as those moments played out, but in the time afterwards as I processed what had happened to me.

My firstborn child was diagnosed with a rare genetic disorder. During the seven months he lived, I met incredibly caring doctors. But I also encountered hurried and disengaged doctors who appeared unable to truly see the patient—my son—and myself as we were searching for first a diagnosis, then treatment, and finally confirmation of what we had long suspected: that my son did not have long to live.

The compassionate doctors spent nights searching for any insight that they could provide me with. They supported me when I had to decide whether my son should have major surgeries that could be fatal, but which would considerably shorten his lifespan if not performed. They listened to my incoherent attempts to make sense of the upcoming death of an infant and encouraged me to find ways to maintain some normality, doing what parents would usually do but in a much shorter time period.

We celebrated small victories that my son’s diagnosis could have made impossible—like the first smile or a coordinated hand movement. Furthermore, they ensured that there would be no unnecessary tests or new staff introduced into our lives at the end (a process that required actively breaking hospital administrative rules), and they supported me in caring for him at home until the very last hours of his life.

After his death, they stood by my side when I later met with all of the clinicians who had been involved in our trajectory to review the care my son received. And the person who I still think of as “my doctor” even took the time to write a letter months after my son had passed away, sharing his reflections on our talks on life, death, and loss.

There were many more gestures of kindness. It was the use of a name instead of simply writing “patient” in the patient files. It was the ophthalmologist telling me that my son “has beautiful almond-shaped eyes” before even raising the likely blindness. All these seemingly small deeds make you feel seen, heard, and acknowledged as a human being. In my case, they also made me confident that they were seeing my son and not just a body with flaws.

In retrospect, these moments of kind and compassionate care shaped my experience of my son’s illness and bereavement, thereby making it more bearable.

In my research, I continue to witness the struggle that patients, relatives, and often also clinicians have in processing encounters where suffering, loss, but also immense resilience are at play. I’d argue that unhurried, compassionate care helps us all (doctors included) to make sense of these experiences and to deal with them, even long after the clinical encounters have ended.

Empathetic care can support patients’ and relatives’ attempts to understand and cope with the inexplicable—be it the death of a child, the diagnosis of an illness, or one of the many other experiences that bring us into contact with healthcare systems. To value and highlight this, we need to grasp any opportunity—personally and professionally—to reflect upon the humanity of clinicians, the difference it makes, and what could be done to enhance this approach to care.

Maria Kristiansen is associate professor and research group leader at the Department of Public Health & Center for Healthy Aging, Faculty of Health and Medical Sciences at University of Copenhagen, Denmark. She performs interdisciplinary and multi-method health services research into citizen-centric healthcare provision, with a particular focus on aging and migration.