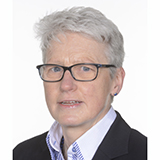 Last week, the Governing Board of the Cochrane Collaboration voted to expel one of its members, Peter Gøtzsche, for activities which allegedly threatened to bring the organisation into disrepute. Four of the 13 members resigned in solidarity with Professor Gøtzsche, and two appointed trustees (who did not support Gøtzsche) volunteered to step down for administrative reasons (essentially, to allow the reduced Board to continue to function). [1] In a single day, the Collaboration lost over half its Board, four of whom (including Gøtzsche) are leads of national Cochrane Centres. Is there a crisis—and if so, of what nature?

The dispute is still unfolding and involves legal material that is not in the public domain. With that important caveat, the “crisis” is both philosophical (relating to the nature of facts) and political (relating to organisational governance).

Gøtzsche’s three-page statement did not name a specific incident. [2] Rather, it appears that his overall approach to overseeing and commenting on Cochrane reviews was deemed (by some but not all members of the Board) unacceptable.

Gøtzsche might be classified as an evidence-based medicine purist. Described by one publication as “a fearlessly outspoken defender of integrity in medicine,” he is a co-author on the CONSORT, PRISMA, STROBE and SPIRIT statements on how to undertake and publish research. [3] He has argued—controversially—that content experts may not be required on systematic review teams since assessing methodological quality is fundamentally a scientific task. [4] He campaigns passionately against bias in research and against policies that rely on what he views as biased evidence. [5,6]

Why would Gøtzsche be asked to leave the Cochrane Collaboration, of which he was a founder member and whose mission and values appear so closely to reflect his own?

The philosophical explanation is that facts are not self-interpreting; they are theory- and value-laden. [7,8] Even when there are agreed criteria for including or excluding a study or for assigning a particular score to an aspect of the methods, multiple subjective judgments need to be made. [9] What if one trial used a slightly different version of a vaccine, or a new (better) test for a primary end-point, than the one named in the protocol? What counts as a placebo? Because of the need for judgement on such questions, two systematic review teams can produce different findings even when both teams are expert and use identical checklists and statistical methods. [10] This important point is often overlooked by those who view systematic review as an entirely technical process (and for whom there are only “good” or “bad” reviewers). [11] One person’s intellectual rigour is another’s intellectual rigidity. Meticulous application of the Cochrane Handbook is thus likely to generate new kinds of disagreements rather than a single, uncontested truth. [8] Some methodological hard-liners view such disagreements as errors to be corrected rather than as a philosophical inevitability. And this, I think, is the stone in Cochrane’s shoe.

Gøtzsche and colleagues recently published a detailed critique of a newly-published Cochrane review, claiming that the authors had failed to identify numerous studies and misapplied the risk-of-bias tools, resulting in a review that was itself biased. [12,13] This prompted a news report in The BMJ which suggested that the famous Cochrane kite mark had been tarnished, as well as an editorial defending Gøtzsche’s team in BMJ Evidence-Based Medicine, though at least one leading scholar considered their analysis flawed and Cochrane’s Editor-in-Chief ruled that what had been described as “omissions” were actually the result of defensible judgements that took account of clinical, scientific and policy realities.[9,14,15,16]

The political explanation for Cochrane’s crisis relates to the tension between governing an organisation and respecting individual members’ academic freedom to express dissent. The four Board members who resigned have claimed the moral high ground, but if they do not accept the statutory decision-making processes of the organisation they agreed to govern, why did they cast a vote at all? [17]

In the 26 years since its inception, the Cochrane Collaboration has grown from a tiny academic network run on collegiality and small donations to a sprawling trans-national bureaucracy with numerous sub-committees, a thick tome of standard operating procedures and a multi-million dollar annual turnover along with an address book of philanthropists on whose contributions its work depends. 21st-century science is an intersectoral endeavour that necessarily occurs in dialogue with society. [18] Maintaining—and funding—the “view from nowhere” requires delicate navigation of tricky political spaces and sometimes accepting hard-won compromises. [19] Board members are presumably expected not to spit in the soup (especially when using Cochrane letterhead).

At this stage in a fast-unfolding story, I am not convinced that the Cochrane Collaboration is experiencing a crisis of either morality or democracy. Its brand, now as ever, stands for rigour, independence, and a commitment to using science to achieve high-quality patient care and social justice. We should cut it some slack while it gets its house in order.

Trish Greenhalgh is Professor of primary care health sciences at the University of Oxford.

Competing interests: TG works in the same department as Carl Heneghan who is editor of the journal BMJ Evidence Based Medicine. In writing this article, she drew on comments and links posted on social media and circulated via an email list of academics who are members of, or connected to, the Cochrane Collaboration. She has attended the Cochrane Colloquium as a keynote speaker in the past, claiming economy class air fare or second-class train fare, but not receiving a fee. Her work is part-funded by the National Institute for Health Research Oxford Biomedical Research Centre, grant number BRC-1215-20008 to the Oxford University Hospitals NHS Foundation Trust and the University of Oxford.