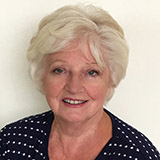 In the assisted dying debate, the public, parliamentarians, and doctors themselves need to be confident that the stances of medical organisations accurately represent the views of their members.

The Royal College of General Practitioners (RCGP) and the Royal College of Physicians (RCP) are both due to conduct consultations on assisted dying. They will do so in a climate where law change feels closer than ever. It is therefore imperative that mistakes of the past are avoided.

In 2013 the RCGP allowed its devolved faculties to decide how members’ views be sought. This led to disappointing levels of engagement from GPs across the country and the aims of the consultation were diluted. For example, the official view of the three London faculties, representing 6,000 GPs, was decided at a meeting attended by just 25 people. Ultimately, we learned very little about the opinion of GPs.

The consequences of this were significant. In 2014 I was in the chamber of the House of Lords debating Lord Falconer’s Assisted Dying Bill when Sheila Hollins, former president of the BMA and chair of the BMA’s Board of Science, said: “According to a large independent study by the Royal College of General Practitioners, 77% of GPs are opposed to a change in the law”. This statement was at odds with my reading of the RCGP’s findings. While an exact breakdown of results was not possible, it was estimated that between 40% and 50% of GPs who engaged in the consultation were in support of the college changing its stance. Views on law change itself were beyond the scope of the exercise.

My instincts were correct. The figure of 77% was extracted from just a small number of self-selecting doctors who contacted the college directly to express a view. 77% represents the views of just 180 GPs, a minority of those who took part in the consultation and a fraction of the college’s membership. I was surprised to learn the RCGP had issued a tweet containing this figure on the day the results were made public, which was possibly the source of Sheila Hollins’ error.

Maureen Baker’s defence of the consultation, in her then role as Chair of RCGP Council, did little to reassure me that the process had been anything other than a missed opportunity. Understanding of the opinion of doctors had been impaired rather than enhanced.

The RCP’s 2014 survey was more rigorous, giving all members and fellows a fixed set of questions to respond to, and, importantly, a chance to express a view on what the college’s stance on assisted dying should be. There was a plurality view that a stance of opposition should be maintained, but a majority view (55.6%) that the college should adopt a different stance, either one of support or neutrality. Support for some form of law change was over 42%.

The only way to have accommodated such a spectrum of views, without unduly silencing either side of the debate, would have been for the RCP to adopt a neutral stance and it was unclear to me and many parliamentary colleagues why this did not happen. The Royal College of Nursing adopted a neutral stance in 2009 and its constructive views on subsequent assisted dying proposals have been incredibly helpful.

For both the RCGP and RCP to maintain active opposition to assisted dying, in the face of nuanced results that illustrate a diversity of opinion, feels cantankerous. It rides roughshod over attempts to have a serious conversation as to how we as a society cater for terminally ill people whose suffering cannot be relieved by even the best palliative care.

I have great admiration for the royal colleges for being prepared to instigate this conversation with their members, it is well-known that the BMA refuses to do so. But I cannot accept that the current stances of the RCGP and RCP are based on a democratic mandate. Therefore I am unable, in good conscience, to champion their views in debates on the matter; as with all political debates in these turbulent times, it is of utmost importance that we protect precision, transparency and truth.

All royal colleges can now honour their proud history of evidence-based medicine and ask their members a simple question—what should our stance on assisted dying be: In support, neutral or opposed? If responses indicate opinion is divided then a balanced stance which reflects this should be adopted. Medical organisations can then start contributing their expertise to this debate, rather than burying their heads in the sand pretending change is not coming down the line.

Anything less denies doctors a voice and suggests a worrying lack of appetite to be truly representative.

Elaine Murphy is a psychiatrist, academic and crossbench peer in the House of Lords, taking interest in mental health and ageing issues. She was the first professor of Old Age Psychiatry in the UK, at Guy’s Hospital, London. She is a vice-president of Alzheimer’s Society.