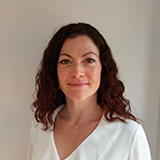 The low, featureless hum as the midwife moved the Doppler foetal monitor across my belly is a sound I wouldn’t wish on anyone. Heavy with meaning, it hung in the room, dragging my husband and me into an unimagined future. Our daughter, Ada, had died. The next morning I would be induced, and at 13:52 I’d give birth to her.

Three months later, we met our consultant to discuss Ada’s post-mortem and the results of the myriad blood tests and swabs taken from me before and after she died. My waters had broken at 26 weeks, 4 days. She died six days later. The cause of death was pneumonitis, and there were signs of bacterial infection in the placenta. Ada’s skin showed traces of streptococcus (though not group B, which is a major cause of stillbirth). It was not certain whether Ada’s infection occurred before or after the foetal membranes ruptured, but infection markers in my blood were elevated when I arrived at the hospital with my waters broken, and the consultant’s best guess was that a sub-clinical infection caused the membranes to rupture. Two months earlier I had had an asymptomatic urinary tract infection and been given antibiotics. A couple of weeks later I felt mild UTI symptoms, but a dipstick test was negative. I had no other obvious symptoms—no cough, cold, flu or nausea.

In the UK, 1 in every 225 births is a stillbirth—a baby born dead after 24 completed weeks of pregnancy. That’s around 3,400 babies dying every year, or 9 every day, on average. 23 high-income countries have lower stillbirth rates than the UK. In high-income countries, substandard care contributes to 20–30% of all stillbirths. The charities SANDS and Tommy’s work to improve these figures, and the experiences of bereaved parents. But clinical action, government investment and further research is needed. Here are six ways we can reduce stillbirths in the UK.

Not all stillbirths are preventable, and we don’t know with certainty that Ada’s was. What is certain is that more must be done in the UK to reduce stillbirths—and the family devastation they bring—by ensuring excellence in the care of women during pregnancy and labour. Nine babies every day is just too many.