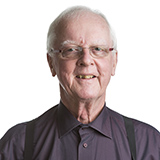 Civilisation is fragile; only weak restraints prevent us from falling into barbarity. From 1945 until around 1980, those restraints were largely underpinned by the Enlightenment values of reason, science, and the pursuit of truth and by the processes of liberal democracy. Since then, liberal democracy has been in freefall across the world, and reason, science, and the pursuit of truth have been increasingly attacked and weakened.

Nations are polarized on big issues and fragmented on smaller ones. The left has abandoned the ideal of inclusivity and focused on diversity; identity politics, on left and right, have replaced community as the primary mechanism of self-definition; binary thinking has banished rational debate, negotiation, compromise, respect for difference. While disinformation and lies have always been features of public and political life, they have become mainstream; self-serving versions of facts and reality pass without comment, even with applause. Social media have, in every element of this revolution, played a central part, from the innocent reTweet of some silly story to the international generation of subversive lies on an industrial scale.

Everywhere, the exercise of dispassionate secular reason—the very foundation of science—is under attack or is ignored or exiled. Evidence is losing its power—climate change, environmental protection, creationism, vaccination, homeopathy—and national policies and personal choices are made on the basis of vested interest, idiosyncratic preference, gut-reaction, rumour, anecdote and group loyalty.

Experts and élites are regarded with deep suspicion, even hostility. Taleb’s “IYI” (Intellectual Yet Idiot) represents one of the major forces that have provoked anger and alienation in populations that have been patronized, ignored, and deprived of a voice in the shaping of society—and deprived of their jobs and dignity in the post-Friedman libertarian globalized free market. The complexity of modern life deprives people of agency; strong men who promise to get things done provide a potent call to the disempowered. The educated élites who have run the show for so long, who have benefited from their own policies and borne so few of the risks are being comprehensively sidelined. Their prospects for recovery are diminished every time they mock or disparage popular opinion, whether expressed through democratic processes or other means.

In the midst of the disorder of this counter-revolution, characterized by its energy, drama, and demagoguery, science has remained largely silent, content to remain in its enclave. The public pronouncements of science and “science” range from astonishing new knowledge and achievements to tragic and inconsequential trivia. Public health communications have lurched from dedicated vital causes (smoking, HIV) to endless, irritating (ever-changing and reversible) dietary and lifestyle advice. But there has been nothing much about why science matters; about how the painstaking efforts of scientists underlie most of what we know of the world, and the universe, and many of the good things we take for granted. Brian Cox and David Attenborough have played their heroic parts, but there are no persistent, high profile champions or ambassadors making their voices heard amidst the din of unreason.

Within science and medicine, there are radical and entrenched problems: poorly designed research, missing data, conflicts of interest, fraud, delusion, incompetence, malpractice (Gosport, the latest), and much more. The house of science needs to be put in order and the process needs to be open, public, and proclaimed. If scientists are not seen to be putting their house in order, curbing failures and absurdities—and promoting their credentials—their influence will continue to ebb.

The pursuit of truth, equality, tolerance, and diversity; compassion for the disadvantaged; avoidance of violence; the exercise of empathy; civility in public debate—these and so many other of the aspirations and restraints that define a good society survive only as long as there is a consensus that values and supports them. When the restraints are thrown off, when the boundaries are breached—as they now are routinely by leaders of nations across the world, imitated by many of their citizens—the worst angels of our nature are liberated; hatred, intolerance, and violence flourish.

This is the context in which the pursuit of science exists. We must not remain aloof from it, for the effects of the counter-revolution will affect and damage us—funding, credibility, influence. We must demonstrate that the pursuit of knowledge through science is essential for the wellbeing of the human race, and is part of the vital enterprise of maintaining civilized life. But this cannot be done from a laboratory or in isolation from allies and collaborators; it has to be done by active, imaginative, empathetic engagement in homes, schools, clubs, councils and governments; on the streets where survey data and population statistics evaporate in the face of the vivid lives of individuals. The current counter-revolution is not a bloody affair like the one in 1798, but it is one that is a comparable threat to the established order of things.

The opinions expressed in the piece are those of the author and not those of his affiliated organisation, UMC, though they are aware of them and do not dissent from them.

Select reading on this topic:

Lilla M. The Once and Future Liberal: After identity politics. Hurst and Company 2018