A few months ago I received a text message from mum that made my heart sink: “Dad’s been diagnosed with a torn knee meniscus. We’re seeing the surgeon about an arthroscopy on Monday.” As a health researcher and long-time Cochrane-ite, I was pretty sure the evidence to support knee arthroscopies for someone like Dad (over 70 with a meniscal tear in the presence of degenerative, or osteoarthritic, changes) was under something of a cloud. So I rang Dad to find out the story.

“After moving some furniture I woke up the next morning with such a painful knee that I could barely walk,” he said. “Over the following five weeks it improved to the point that I could walk slowly in the local park, but I had to give my twice-weekly hill climbs with my friends a miss, which I wasn’t too happy about.”

Dad relayed this same story to his GP, who duly sent him off for an MRI. While at the radiology clinic, he found himself having an x-ray too. Upon reading the reports, the GP declared it was no wonder Dad had a sore knee—he had a meniscal tear. A referral to an orthopaedic surgeon then followed.

“I didn’t question whether the surgery was necessary. From the discussion I had with the GP, I assumed it was my only option,” Dad said. What Dad didn’t know is that Australian clinical care standards recommend against MRIs and x-rays for most people with osteoarthritic knee pain. Further, these same standards recommend doctors do not offer arthroscopic procedures as a treatment for knee osteoarthritis.

And yet it would seem that this is not well known amongst the medical community. Despite consistent evidence that knee arthroscopies offer no greater benefit over conservative management, rates of knee arthroscopy in people over 55 years in Australia remain high. Recent efforts, such as those led by the Australian Commission for Safety and Quality in Healthcare, and the Australian Rheumatology Association as part of the global Evolve and Choosing Wisely initiatives have aimed to raise awareness and change behaviour amongst Australian patients and health professionals to reduce the rates of this low-value health care procedure.

In a serendipitous coincidence, that week I saw a tweet promoting the BMJ Rapid Recommendation on arthroscopic surgery for degenerative knee arthritis and meniscal tears. The evidence was unequivocal and the recommendation strong: “We recommend against knee arthroscopy in patients with degenerative knee disease.” I felt confident to share this with Dad because the guideline had been developed with and for patients, not just clinicians, and included a lay-friendly visual summary to communicate key messages.

Dad said, “This recommendation against surgery certainly took me by surprise. However, I felt reassured because the recommendation included studies where people also got sham surgery, and its findings were conclusive. Ultimately I was pleased with the possibility to avoid unnecessary surgery and took the material to my surgeon to discuss the alternatives.”

Perhaps unsurprisingly, the surgeon was not as easily convinced as Dad by the recommendation. After a wide-ranging and lengthy discussion, in which the surgeon launched into a spirited defense of knee arthroscopies, they agreed to disagree about the value of this procedure in Dad’s case. The surgeon gave Dad some helpful advice about conservative management and said the door was always open should he change his mind.

Dad said that “I was surprised how adamant the surgeon was that I should have surgery, but the advice I was given was useful and I left with a renewed determination to manage my knee myself. I devised my own walking programme and within a couple of months I was back to my weekly climbs. I’m glad I decided not to have surgery because my knee is now pain free.”

Dad’s experience is an instructive example of how patients can be empowered to resist low-value care when they have timely and trustworthy evidence in a format they can understand and use. But he reflects that, “If you hadn’t sent me the recommendation, I wouldn’t have looked up the evidence as I had no reason to question the proposed procedure. Even if I’d tried, I wouldn’t have known what to look for or where to find it. And then I probably would’ve have ignored it given my doctors didn’t endorse it. It was only because I have a health researcher daughter that I trusted it.”

Like Dad, many patients want to engage in shared decision making with their health professionals. They assume these discussions will be informed by the best available evidence. Once presented with accessible evidence endorsed by someone they trust, patients can make an informed decision and, in doing so, become powerful advocates against low-value healthcare. It shouldn’t be serendipity that allows patients to make such decisions. 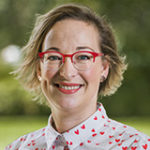 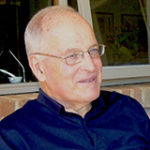 David Synnot is a retired banker who manages his health conditions with good humour and by keeping physically and mentally active.

Acknowledgements: The authors would like to thank Shauna Hurley, Rachelle Buchbinder, Meredith Synnot and Sophie Hill for their help in preparing this piece.