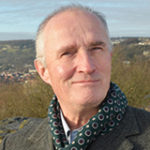 From its conception seventy years ago, the NHS has experienced tensions between the medical profession, the government of the day, and the civil servants that administer it. At various times there have been concerns that professional standards may be compromised as a result of political or managerial initiatives and at other times that the self-interest of the profession itself might undermine the founding principles of the NHS.

It was one such period of tension in 1976, when the government was seeking to make a complete separation between the NHS and private medicine, that led to the formation of the NHS Consultants Association. It gave voice to those consultants whose overriding commitment was to the NHS, at a time when other professional bodies were considering industrial action. That voice has been raised in many campaigns over subsequent years, and recently in opposition to the Health and Social Care Act, plans to introduce ACOs into the NHS, and in support of the campaign for the NHS Reinstatement Bill. It was recognised that doctors other than consultants share these commitments and in 2015 the organisation opened its doors to all doctors including doctors in training and changed its name to Doctors for the NHS (DFNHS).

Members of DFNHS believe the NHS should be publicly funded, publicly provided, and publicly accountable. We believe in service and cooperation, not market forces or competition, and we believe the service should be professionally led.

As an organisation, we are not aligned with any political party, but meet with key politicians, decision makers, and opinion formers, presenting evidence-based arguments and promoting professional and public involvement in the planning of healthcare. A number of our members are active in BMA Council. Most recently, we presented evidence to the Commons Health Select Committee Inquiry into Integrated Care. In 1989 we founded the NHS Support Federation to analyse and disseminate information on the NHS and in 2005 we were co-founders of Keep Our NHS Public (KONP) as a campaigning organisation. It will fall to doctors currently in training to actively shape the evolution of the NHS. Alongside acquiring clinical skills, we would like to encourage them to develop ideas of their place in this continuing aspect of the practice of medicine, which will act as a framework for their life in medicine. The vivid experiences that affect most doctors as they get to grips with the reality of working with patients, their families, and with other professional colleagues can offer a different perspective to that of the more “experienced” practitioner, but one that is not often captured.

We are offering an essay prize to hear the views of doctors in training and encourage them to reflect on the core professional values of a doctor; the role that they see for the medical profession within the NHS; whether their training and experiences have equipped them for their professional lives; and other ideas. The title of the essay is “Our profession in today’s NHS”. We anticipate this will result in original, thought provoking and controversial contributions.

Essays will be judged by a panel looking for fresh ideas, originality and an insight into the place of the profession in today’s NHS.  There is a first prize of £500, with a second prize of £200. The winning essay will be published in the BMJ (subject to editorial approval) and the winners announced at the Doctors for the NHS Annual Meeting in October.

There is a word limit of 2000 words and the closing date for submissions is 16th September 2018. Essays should be submitted by email to: doctors4thenhs@gmail.com and any questions about the competition can be directed to that address.

Being a member of Doctors for the NHS is not a prerequisite for entry, but we would encourage doctors to join. For details see: https://www.doctorsforthenhs.org.uk/.

Colin Hutchinson has been chair of Doctors for the NHS since 2017. He is a retired consultant ophthalmologist.