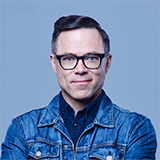 Celebrity gossip can be fun. Whether it is about the name of Kim and Kanye’s latest child (Chicago West), Ben Affleck’s odd body art decisions (a massive back tattoo of a phoenix), or Tom Brady’s head-shaking dietary choices (no coffee!), following the foibles of the famous can be an enjoyable distraction.

But when celebrities engage in the spreading of harmful pseudoscience, it is (vastly) more frustrating than fun. My reaction to the recent gossip that model Elle Macpherson is dating Andrew Wakefield, the disgraced antivaxx conspiracy theorist, fell squarely in the category of eye-rolling angst.

In the context of health it may seem wise to simply disregard celebrity culture. Anyone foolish enough to be swayed by the health advice of actors, models, singers, and reality TV stars is likely beyond help. Indeed, this is a sentiment I’ve heard often during the years I’ve spent exploring the influence of celebrity culture. While it is an understandable perspective (why would someone get a colonic simply because Gwyneth Paltrow told them to?) it is both wrong and short sighted.

Research has consistently demonstrated that celebrity culture can have a broad impact on health related decisions and attitudes. Celebrities can, for instance, influence cancer screening, the utilization of health services, cosmetic surgery trends, and even suicide rates. And celebrities can—for better or worse, but usually for the worse—help to shape the way we think about healthy lifestyles and preventative strategies. There are many, many science-free health trends that probably would not exist without the promotional push given by celebrities, including the idea of cleansing and detoxifying, IV vitamin therapy, and too many fad diets to name.

Celebrity culture can also have a subtler—but no less pernicious—impact. There is a large body of research that has shown that merely being exposed to misinformation can make that information seem more believable. The “illusory truth effect” is a well-known cognitive bias. Recent research has found that “even a single exposure increases subsequent perceptions of accuracy.” Indeed, this is one of the ways fake news, including in the area of health, can have an impact on public opinion. Related work has found that merely being exposed to conspiracies—such as those surrounding vaccines—can have an impact on health beliefs, even for people who are not hardcore conspiracy theorists.

So, alas, this matters. Gossip that an alternative medicine loving supermodel is dating a fraudulent advocate of anti-vaccination nonsense matters. It gives Wakefield access to more pop culture bandwidth and the opportunity to spread his harmful, science-free tripe to even more people. It heightens his profile and will likely lead to more invites to be a keynote speaker and TV commentator. While preparing this piece I searched: “’Elle Macpherson’ and ‘Andrew Wakefield’”. I got 1.5 million hits. Thankfully, some of the media reports included good, definitive information about the value and safety of vaccination. But others simply repeated some of Wakefield’s completely discredited ideas.

We need to use these cultural moments as an opportunity to spread engaging, science-informed content. This is a valuable, while-I-have-your-attention opportunity.

It is true that simply dumping more and more scientific facts on people will rarely change opinions. But there is evidence that rational argumentation and creative communication strategies, particularly those using narratives to the relevant audience, can have a measurable impact. Recent research has found that even a good, well-argued Op Ed can influence public opinion.

I am fully aware of the paradox that writing about the need to forcefully debunk the pseudoscience that often flows from celebrity culture also gives these individuals more exposure, which may, in turn, allow them to spread their harmful pseudoscience. It is, no doubt, a tough balance. But, in the long run, it seems essential to set the scientific record straight. Celebrities aren’t going away. And, thanks to social media, the public interest in their lives will likely only intensify. Scientists, public health advocates and healthcare professionals must use creative strategies to become part of the conversation.

So, let’s view the emergence of this pseudoscience “supergroup” as an excuse to circulate engaging information that injects science and critical thinking into the pop culture ether.

Timothy Caulfield is a Canada Research Chair in Health Law and Policy, University of Alberta, Research Director of the Health Law Institute and author of “Is Gwyneth Paltrow Wrong About Everything?: When Celebrity Culture And Science Clash” (Penguin, 2015). Twitter: @CaulfieldTim

Competing interests: I am a member of a Speakers’ Bureau (Speakers’ Spotlight) and speak on this topic.