It never ceases to amaze when policy options that have either failed or lack evidence reappear for public debate. They “may go into remission, but they never disappear.” [1] They include discouraging “unnecessary” care, shifting services from the public to the private sector, and promoting greater efficiency through competition and marketisation.

Like the zombies in Michael Jackson’s “Thriller” video it seems they just can’t stay buried, brought back to life by those whose interests they promote. Those holding the spade in these almost-ritualistic exhumations are often right-wing news engines, and individuals or groups who hope their ideologically-driven “solutions” might eventually gain traction.

Co-payments for healthcare (sometimes referred to as cost-sharing or user charges) fall into this zombie policy category. And true to form, they are now being floated once again in numerous forums, including the BMA, The Daily Telegraph and through the interventions of politically motivated individuals, as well as some MPs and peers. A private member’s bill has been in train since September 2017 and is due for its second reading on  the 26 October 2018. The bill was proposed by Christopher Chope who gained notoriety recently for his opposition to the upskirting ban.

Despite an overwhelming weight of evidence which shows that co-payments are a bad idea, there are those who choose either to ignore this or to seek to undermine it. This includes new evidence from WHO revealed at the 10th anniversary of the Tallinn Charter: Health Systems for Health and Wealth in June. A series of country reports, including one on the UK, produced by the Regional Office for Europe on coverage, access, and financial protection concluded that co-payments are an ineffective way to contain health system costs and actually risk increasing them, as those in need of care tend to put off presenting with symptoms until an advanced stage when the costs of treatment are likely to be higher. This is not to mention the impact on the quality of life of those suffering from conditions that demand prompt attention. As Charles Norman from LSHTM told the meeting, co-payments are an example of politics masquerading as economics and are not a useful way of providing healthcare.

So what is the continuing appeal of this zombie policy? Why does ideology so often triumph over evidence when it comes to health policy? Such a fate befell the disastrous Lansley NHS reforms in 2012 resulting in the widely discredited Health and Social Care Act and unleashing all manner of zombies, which have been staggering around an increasingly fragmented landscape ever since, to the detriment of all who work in and depend upon the NHS.

Despite what we have learned about the perils of implementing ideology-based policies, here we are once again being distracted by the pros and cons of co-payments when in fact the real and urgent debate as the NHS has turned 70 ought to be about not merely how much money the NHS should be getting, but how and where it should be spent to optimum effect.

In addition to evidence, the public also needs to have more information about the politics and values of those framing policy solutions as being in the public interest, if these are to be judged in context. If the Brexit fiasco has taught us anything it is to look to the messenger as well as the message. 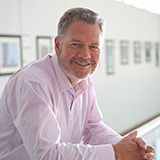 David Hunter is Professor of Health Policy and Management in the Institute of Health & Society, Newcastle University. He is a temporary adviser with WHO on health system transformation. His research interests include complex systems, health reform, public health. 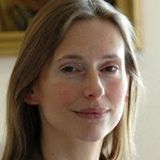 Claudia Pagliari is Director of Global eHealth in the Usher Institute of Population Health Sciences, University of Edinburgh. This article aligns with her research interests in health innovations, policies and patient rights.