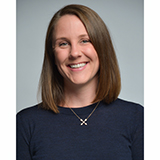 In late May, the Trump administration unveiled its latest attack on affordable birth control access, part of a much larger campaign to undermine reproductive health and rights in the United States and globally. The administration’s latest target is the only US government program dedicated to helping low-income and otherwise disadvantaged US women obtain high-quality birth control and related services. Known as Title X (pronounced “Title Ten”), the $286 million program makes grants available to 4,000 diverse healthcare providers, who in turn provide contraceptive care to just under four million women.

Among other programmatic changes, the administration’s proposed new regulations for Title X would impose a version of what is called the “domestic gag rule” on all US service providers receiving Title X funds. A version of this proposal was first advanced in 1988 under President Reagan, but never fully implemented. While the details of this policy differ from the global gag rule imposed last year on recipients of US global health assistance, the Trump administration’s overarching intent is the same: To stifle health care providers, impede people’s access to family planning care, stigmatize abortion, and exclude providers that offer it or otherwise help women obtain it, and—above all—to coerce pregnant patients toward childbearing, regardless of their own wishes.

The policy is called a gag rule because it severely restricts what information healthcare professionals are allowed to share with their patients. Specifically, the proposed rule would take away the long-standing guarantee that all Title X patients who are pregnant receive comprehensive, unbiased counseling on all their options, in addition to prohibiting referrals for abortion.

Enabling providers to deny patients nondirective pregnancy options counseling contradicts fundamental tenets of informed consent. It’s especially alarming when paired with the administration’s intent—reflected in both the proposed gag rule and elsewhere—to extend Title X support to ideologically motivated entities like anti-abortion counseling centers that also explicitly oppose many forms of contraception and whose staff would likely seek to impose their views on patients, denying many individuals needed and wanted care.

Furthermore, thwarting Title X patients from getting information on where they can obtain abortions constitutes a major violation of medical ethics. Indeed, denying or delaying services for patients who have decided to terminate their pregnancies jeopardizes their health and wellbeing. It’s little wonder the administration’s proposed gag rule has provoked the ire of many leading professional associations, including the American Medical Association and the American College of Obstetricians and Gynecologists, as well as leading experts in law and bioethics.

The domestic gag rule would also exclude health centers that legally use separate, non-federal funds to provide abortions from Title X support. (Title X funds have always been prohibited from going toward abortion services.) This political move targets Planned Parenthood, which serves more than 4 in 10 women who receive Title X-supported care. In effect, the administration is looking to tell the 1.6 million women who obtain contraceptive care from Title X−funded Planned Parenthood sites each year that they cannot see their trusted provider—and in many cases, the only source of care they have. Importantly, however, this provision and the domestic gag rule as a whole would impact the entire Title X network of providers and the communities they serve.

Ultimately, it is Title X patients who would pay the price of the Trump administration’s coercive edicts. This is particularly offensive as many who rely on Title X−funded providers and services are already marginalized. The gag rule would force subpar care on individuals who often face other obstacles to obtaining care or have historically experienced coercive treatment in the context of reproductive healthcare—including people who have low incomes, people who are uninsured, and people of colour.

In the words of former US Senate Majority Leader George Mitchell, who opposed the domestic gag rule when it was first advanced 30 years ago: “A society like ours, based upon the fundamental principle of equality, ought not tolerate, let alone encourage, even less insist upon a system in which there are two standards of care: One for the wealthy, the affluent, the powerful; and another, lower standard, for the poor.”

The proposed rule is just one of the many ways in which the Trump administration and its allies—many of whom have long histories of undermining people’s ability to obtain comprehensive reproductive health care—are now seeking to undermine the Title X program. Indeed, the U.S. family planning safety net has never been under such threat as it is today. The Title X gag rule must be seen for what it is: part of social conservatives’ broader and relentless assault on affordable birth control access and reproductive rights.

Kinsey Hasstedt is a senior policy manager at the Guttmacher Institute.