In 2010 the UK adopted the World Health Organization’s Global Code of Practice on the International Recruitment of Health Personnel, an important international agreement on which the recently successful Scrap the Cap campaign is silent. The Code states a number of principles that member states should follow. Member states should “create a sustainable health workforce and work towards establishing effective health workforce planning…that will reduce their need to recruit migrant health personnel” (Article 3.6), while “the health systems of both source and destination countries should derive benefits from the international migration of health personnel” (Article 5.2). Destination countries (in this instance the UK) are encouraged to collaborate with source countries (in this instance those outside the European Economic Area) to strengthen source countries’ own “health human resource development and training” (Article 5.1).

It may seem churlish to quote a voluntary Code in a context where the UK’s tier 2 skilled worker visa cap was preventing the NHS from filling vacant positions with non-EEA physicians, creating real (or at least strongly argued) risks to the health of British citizens. The British Medical Association, while supporting the campaign, at least noted that “The real reason we have so many vacancies in the NHS is because of poor workforce planning and inadequate investment.” This statement calls attention to the failure of the UK to abide by the Code’s Article 3.6, a legacy, in part, of the UK public sector pay cap and marketization reforms that have driven many dissatisfied UK-trained nurses and doctors out of an unhealthily stressful environment. Although the recent promise of new NHS funding might reverse this outflow and reduce the need for international recruits, there remains an unselfconscious acceptance that “The UK has always relied on and welcomed doctors from overseas”. This welcoming extends to internationally trained physicians from countries with health worker densities far below those in the UK, including some (such as India and Nigeria, two of the countries from which UK agencies recruit for the NHS) considered by the WHO to be facing a critical shortage of health human resources. This is another clear violation of the Code, which “discourages active recruitment of health personnel from developing countries facing critical shortages of health workers” (Article 5.1).

The UK is also committed to the new Sustainable Development Goals (SDGs), one of which is to achieve Universal Health Coverage (UHC) by 2030. Estimates of the health workers needed to achieve this goal show huge projected deficits in two of the regions from which the UK welcomes internationally trained doctors: Asia (primarily India and Pakistan) with a 7 million shortfall, and Africa, with a projected 2.8 million workforce gap. Health worker migration is not the main reason for these deficits—particularly India whose public health spending has stagnated at around 1% of GDP for decades—although it exacerbates the inabilities of countries in these regions to build or sustain health systems sufficient to provide for their population needs.

The Code is not meant to limit in any way “the freedom of health personnel…to migrate to countries that wish to admit and employ them” (Article 3.4). It does, however, illustrate the “perverse subsidy,” where a destination country’s failure to invest adequately in its own health human resources (thereby incentivizing international recruitment)  profits from the training costs (often publicly paid or subsidized) of health workers migrating from often heavily disease-burdened and understaffed countries. The economic gains to wealthier destination countries and training cost losses to poorer ones can be substantial. Remittances from émigré health workers, while important, do not directly compensate health systems or exporting countries’ taxpayers for the departure of their skilled staff.

Although limited and unenforceable, the Code arose from a recognition that persisting global imbalances in wealth and health is what drives the skilled health worker migration, placing a greater burden of responsibility on wealthier nations that benefit most from such flows. This persisting inequitable exchange inevitably demands a new accord on international labour mobility, whereby redistributed financial resources become available for the training and retention of skilled health workers in source countries. Options for such an accord are currently being considered in UN negotiations for a Global Compact on Migration.

While awaiting such international measures, and with the “Cap now Scrapped,” the UK government needs to adopt measures to ensure that the health systems of underserved countries from which the NHS receives its new doctors also benefit, and that they do so at least proportionately. Anything less is an abrogation of the principles and of the Code. 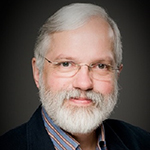 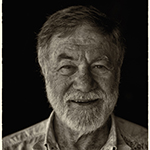 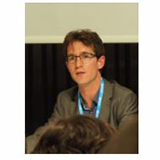 Remco van de Pas is a medical doctor and global health scholar. He is a research fellow global health policy at the Institute of Tropical Medicine, Antwerp and is the academic coordinator of the interdisciplinary Maastricht Centre for Global Health, Maastricht University.

Competing interests: RL and DS none declared. RP participated in international policy dialogues leading to the adoption of the WHO code in 2010. He was partly involved in the Development Cooperation Program “Health Workers for all and all for Health Workers” (2013-2016) funded by the European Commission. This program promoted implementation of the WHO code in several countries of the European Union.