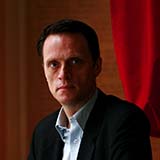 As the author of “Good Work”, the report of the independent inquiry into modern employment practices commissioned in 2016 by the prime minister, I often speak at conferences exploring the future of work and will be doing so again at the Health Foundation’s annual event in May. These events tend to focus a lot of attention on the impact of technology. Speakers offer their rapt audiences visions of the future—the more sci-fi the better—and confidently precise numbers for job losses—the bigger the better.

I believe we should be more circumspect about such predictions, based as they often are on an implicit technological determinism. For a start, remember how often experts have got this wrong. Since the introduction of the most basic forms of automated mass production in the nineteenth century, there have been pessimists predicting mass unemployment and optimists hailing a world of leisure. Or to take a more recent example, a decade ago in the wake of large scale downloading (either illegal or very cheap) many music industry experts said the sector had no future business model. They failed to predict either that we would end up listening to a lot more music as every phone became a music library and personal radio station; or that live music would take off as the model moved from touring in order to sell records, to recording music in order to sell concert tickets.

There is also a political argument against determinism. A few years ago the champions of financial globalisation were fond of a reductive narrative in which the downsides of change on people and communities were blithely assumed to be a price worth paying for the benefits that would inevitably come from a process overseen by financial experts. The public reaction against this denial of agency can be seen in Trump, Brexit and the rise of populism. Too often the discourse about technology sounds the same; there will be losers, you will have to give up things you value (your job, your privacy, reliable information etc.); all justified in the name of the juggernaut of progress driven by those well-intentioned whizz kids in Silicon Valley.

An obsession with the impact of technology also distracts us from the single thing that matters most in determining most people’s experience of work: management. As Anita Charlesworth, Director of Research and Economics at the Health Foundation, wrote recently in response to the announcement of Health Education England’s workforce strategy, “A big challenge will be improving staff engagement and productivity. There are huge regional and organisational variations in workforce instability, caused by high staff turnover, and much more needs to be done to look after NHS staff and meet their aspirations.” Pay matters, demography is a challenge, but ultimately the NHS’s ability to attract, retain and motivate people depends on how well it is managed.

There is, of course, a strong ethical argument for good work. As I argued in my review, the goal of “every job fair and decent with scope for fulfilment and development” should be an integral part of a 21st century social contract, especially when so many working families are stuck in poverty. But there is also a growing body of research pointing to worker engagement and fulfilment as key to productivity in the workplace. NHS managers are having to cope with austerity, rising demands, and an approach to funding which appears to prefer emergency bailouts to realistic medium term planning. Nevertheless, however tough the circumstances, if an organisation is not committed to the wellbeing and growth of its workers it is unlikely that it is either as effective or as efficient as it could be.

A few years ago the designer and futurist Charlie Leadbeater studied some of the most innovative organisations in the world; a single phrase, he said, described them; they were “creative communities with a cause’. This mix of visionary, strategic leadership, of shared purpose and teamwork and of the opportunity for autonomy and the expectation of initiative speaks to our core human motivations.

The tougher the context the harder it is to create and sustain organisations of this kind. Too often the way the NHS is funded and run displays a negligent indifference to whether managers are being given jobs that anyone but an obsessive superhero could be expected to perform well. Yet, still, all of us who are in charge of people have the responsibility to make work as good as we can. And if we have that commitment, and are seen to have it, then the debate about how technology can transform the NHS, and just about everything else, can move from being deterministic and threatening to being exciting and empowering.

Matthew Taylor will be speaking at the Health Foundation’s annual event on 22 May.

Matthew Taylor has been chief executive of the RSA since November 2006. In July 2017 Matthew published the report “Good Work”; an independent review into modern employment, which was commissioned by the UK Prime Minister. He tweets as @RSAMatthew.