We, former colleagues, now retired and living 12,000 miles apart, have both recently undergone investigation of blood biochemistry entailing repeated venepuncture by phlebotomists with varying levels of experience. On each occasion we have been instructed to clench a fist so as to distend the arm veins and thus facilitate venepuncture. Our protests that this might be unwise were met with incomprehension, which disturbs us for good reason.

Research spanning more than sixty years suggests that fist clenching during venepuncture can cause potassium to enter venous effluents from the exercising forearm muscles, which might result in factitious elevation of plasma potassium by as much as 1.5 mmol/l. [1-7] Even static fist clenching, without repeated finger flexing or hand pumping, has been thought to raise plasma potassium. [5]

Although WHO phlebotomy guidelines recommend fist clenching during venepuncture, and the procedure is advocated by the American Society of Phlebotomy Technicians, there seems to be sufficient evidence to support the proposition that the consequences of fist clenching include both the concealment of clinically significant hypokalaemia, and the appearance of spurious hyperkalaemia. [4,5,8,9]

In a letter to the New England Journal of Medicine in 1999, Gennari offers reassurance that fist clenching during venepuncture was not an issue in the US, since “venepuncture specialists instruct patients not to clench their fists during blood sampling.” [10] However, an observational study from a decade later suggests that no such precautions were routinely undertaken. [6]

More recently, an experimental study concludes that, as well as increases in plasma potassium, repeated fist clenching and/or maintenance of a fist during venepuncture may also cause acute variations of several other routine clinical chemistry measurements, including aspartate aminotransferase, calcium, chloride, creatine kinase, magnesium, sodium, and phosphate. [11]

Over the years, various methods for circumventing the problems believed to be caused by fist clenching at venepuncture have been proposed. It is suggested that if fist clenching must be employed, valid plasma potassium results might be obtained if the tourniquet is released and the arm rested for 2-3 minutes before blood is taken; [4] and a more recent quality improvement report presents findings implying that potassium assessment may be more accurate if the first 5-6 ml of blood drawn are discarded. [12]

It seems that the problems that have been associated with fist clenching at venepuncture remain widely unrecognised, and that it is quite likely that clinics and hospitals worldwide are receiving variably inaccurate plasma potassium results on a daily basis. In fact, without thinking, one of us (JISR) obeyed the instruction to clench the fist at a recent phlebotomy appointment and was later recalled because of (spurious) hyperkalaemia.

It is important that recommendations concerning venepuncture are well-grounded, explicit, and faithfully implemented. We believe that these ideals are currently lacking. 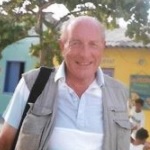 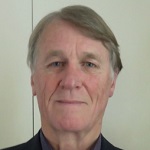