As the reverberations of the recent scandal regarding sexual exploitation in the aid sector continue to ricochet around the world, hogging headlines, and eliciting the inevitable (belated) response of “never again,” millions of desperately in need people in unimaginably appalling situations continue to suffer—unheard, unseen, and largely forgotten.

The antithesis of humanitarianism, the idea of such exploitation being perpetrated by so called “aid workers” operating in disaster settings is particularly jarring. But unfortunately, from Hollywood to Rochdale, football clubs to religious institutions, and everywhere and everything in between, humanity seems incapable of curing itself from the rot at its very core—the abuse and exploitation of the weaker and more vulnerable members of society by more powerful ones. The aid sector is the latest to be publically uncovered and to join the shameful list of abusers and those who cover up such abuse. But the very nature of the work in chaotic disaster settings makes aid work open to infiltration by abusers, and is an ideal setting for those hooked on the power to feed their addiction and reign unchallenged. [1]

The downfall of the UK based charity Oxfam, the organisation at the centre of the scandal, has been swift, decisive, and sadly, predictable. There have been several occasions over the past decade where the behaviour of large charities, and some of those working in them, has been called into question from both within and from outside the organisations. [1] [2] As usual, it has often been these whistle blowers who have borne the brunt of subsequent criticism, while the charities have continued with their reprehensible practices relatively unscathed and unchecked. [1] [2]

Often behaving like large corporations, some big charities seem to have adopted the same unpalatable characteristics: obsessed with raising money (rather than making it), cultivating an environment of competition (rather than collaboration) with other charities, the exorbitant salaries they pay their lead executives, their close relationship with the corporate sector, and covering up any activity that might damage its reputation—the focus of much of the anger directed towards the Oxfam management for the current scandal. [2, 3, 4, 5]

Large organisations, whatever the sector, are sometimes just too big to properly monitor the implementation of their own policies and ensure that safeguarding practices are adhered to. However, it is often large charities that are favoured for funding by donors, such as the government, who prefer the relatively low administration costs and perceived increased capacity of such organisations. [6]

In the wake of the Oxfam fallout, the secretary of state for international development, Penny Mordaunt, has put forward a series of measures to improve safeguarding practices within charities, including a new unit and an international summit, which will undoubtedly lead to more regulation. [7] The medical profession is all too familiar with how the egregious behaviour of the few has led to an overhaul of practice and regulation for the whole profession. And while, of course, tighter regulation has its place, it is not the only solution to prevent the unacceptable abuse and exploitation of vulnerable people by those in a position of power.

The delivery of lifesaving aid has been hijacked by individuals and organisations who seem to have forgotten the definition of humanitarianism. [8] It would be an inexcusable tragedy if those who seek to drop the aid budget use the Oxfam scandal (and now, sadly, other organisations and individuals within the aid sector) to their own advantage to effectively exploit the most vulnerable people in the world all over again. [9]

Aid saves and improves lives for those in desperate need and this need is, unfortunately, continuously growing. Forced displacement figures worldwide are at their highest for decades. [10] But the delivery of aid needs to be done better by promoting empowerment rather than exploitation, and by being delivered by the most appropriate organisations on the ground, whatever their size, who are prepared to speak up against all forms of abuse rather than covering it up.

After a period of painful self-examination and reflection, the aid sector needs to rediscover the true principles and values of humanitarianism. Aid organisations need to re-commit to “promoting human welfare” by protecting vulnerable groups and individuals, and making the prevention of abuse and exploitation their core ethos—not merely a regulation that needs to be adhered to or a check box that needs to be ticked. 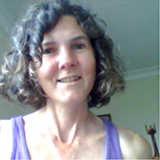 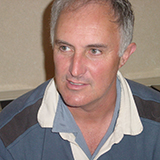 Competing Interests: RM has previously worked as a paid staff member of Oxfam (in 2005)

RM and DS receive no salary for their positions within MCAI