Catachresis (Greek κατάχρησις, from χρῆσθαι to use, κατά giving a sense of perversion) is the mistaken use of one term for another. When not due to sheer ignorance, it can arise through confusibility or ambiguity. Confusibility occurs when two or more terms can easily be mistaken for each other. Ambiguity is the capacity of a single term to be understood in two or more ways. Here I shall deal with the former.

Of the many sources of terminological confusibility, the following are the most common:

A dramatic example of an adverse reaction resulting from a failure to qualify a word precisely was reported in 1972. A 34 year-old man with a history of duodenal ulceration developed epigastric pain and vomiting. A “milk drip” was ordered, the intention being that the milk should be dripped slowly into the stomach via a nasogastric tube. However, the patient was instead given 100 ml of pasteurized cow’s milk by intravenous infusion. An immediate hypersensitivity reaction, with disseminated intravascular coagulation and evidence of fat embolism, was successfully treated. “Drip” is defined in the OED as “the continuous slow introduction of fluid into the body (especially intravenously) involving its passage drop by drop through a chamber”. The inclusion of the word “especially” in the definition emphasises the source of the problem in this case. The error arose because “drip” was not qualified precisely.

A modern catachresis confuses the adjective “good” with the adverb “well”. “How are you?” “I’m good”. As a colleague of mine will reply, “That’s for me to judge”. 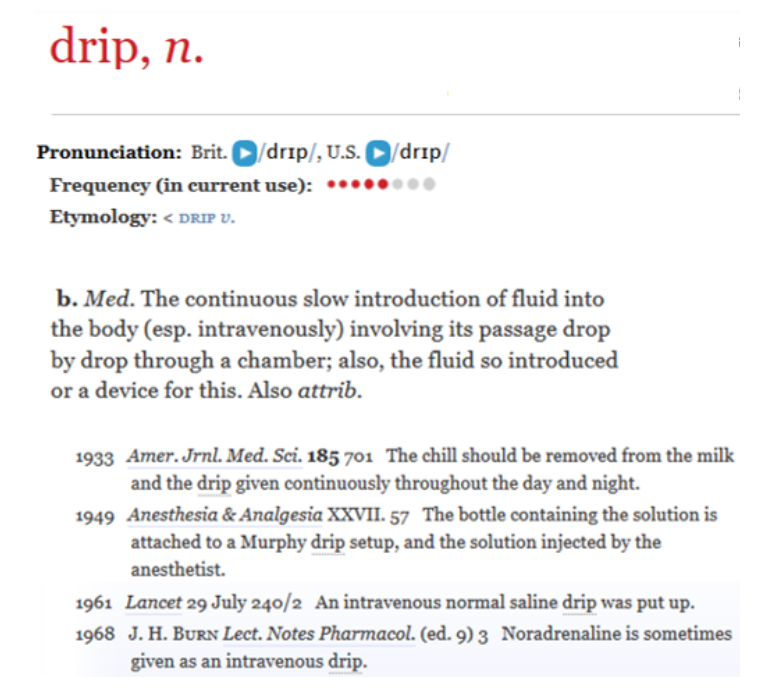 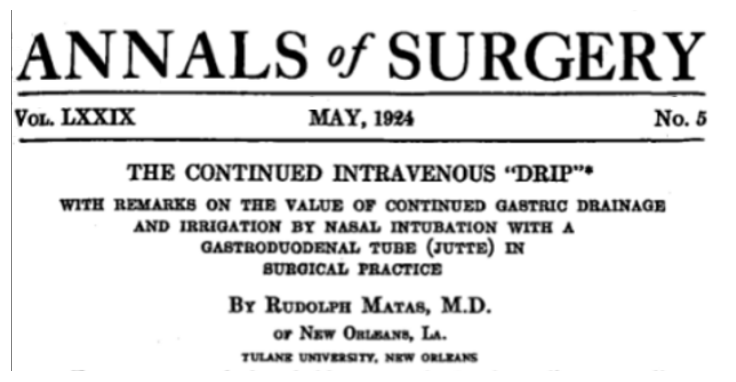 The top panel shows an extract from the definition of “drip” in the OED (“drip, n.” OED Online, Oxford University Press, January 2018, www.oed.com/view/Entry/57768. Accessed 16 February 2018); note that the earliest citation the dictionary gives is from 1933, describing the use of a nasogastric drip of milk, the first occasion on which that therapy was described; however, the bottom panel shows an antedating from 1924, referring to an intravenous drip.