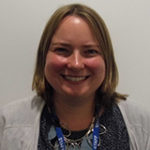 Is a doctor convicted of gross negligence manslaughter always an unsafe doctor? Who should decide—the Medical Practitioners Tribunal Service, or the Courts?

Recent high profile cases, not least the appeal case involving trainee paediatrician Hadiza Bawa-Garba, have generated much debate about whether the Medical Practitioners Tribunal Service (The Tribunal), or the Courts, are best placed to assess a doctor’s fitness to practise—particularly where a doctor has been convicted of Gross Negligence Manslaughter (GNM).

The deaths in such cases are extremely sad and tragic for both the family, and the doctor. In some cases erasure from the medical register will be necessary when a doctor has been convicted of GNM. But GNM convictions do not in themselves demonstrate whether systems failures and misfortune played a role, or whether or not the doctor has shown they are capable of remediation.

Doctors making the same mistake—even if the negligence is “gross”—can experience very different outcomes. For some, chance or a good governance system can provide a safety net that prevents an error causing harm. But for others, systemic failings can lead to devastating consequences for both patient and doctor.

Even if death occurs, there is no consistency in terms of the repercussions for the doctor. Only a minority of cases will come to the attention of the Crown Prosecution Service, and fewer still will be taken forward. For example, in 2003, Freda Mulhem was convicted of GNM after administering a chemotherapy drug intrathecally, rather than intravenously, with tragic consequences. But he was not alone in making such an error; 22 such incidents had previously been reported worldwide, including 13 more in the UK in just 15 years. Others who had made the same mistake were not convicted and in some cases not even charged.

Ultimately it is the outcome of an error that determines vulnerability to criminal action.

Put simply, doctors can be convicted of GNM when they have made one mistake while caring for their patient, when systems failures were a factor, and when the doctor has shown they are capable of remediation.

Understandably, the regulator also shows an interest in any case where a doctor is convicted of a serious crime. Any doctor convicted of GNM is of course likely to be investigated by the GMC.

But the role of the regulator is very different to that of the Courts. While the Courts dispense justice, including punishment, the regulator’s role is to protect the public. It does this by considering whether a doctor is fit and safe to practise, and where necessary, issuing sanctions that are sufficient for the protection of the public.

A doctor convicted of GNM is not necessarily worse, or less safe, than another doctor in similar circumstances who has not been convicted.  Even doctors who have made the most serious errors have been found to be capable of reflection and remediation, provided that they have adequate insight into events. Every case is different and rests on its own facts.

This is why it is right that the law does not require a doctor to be automatically erased from the medical register when they are convicted of GNM.

It is helpful to consider the words of Lord Hoffman in the case of Bijl v The General Medical Council 2001 WL 1135145—although not a manslaughter case, the surgeon had left an unwell patient who subsequently died:

“The Committee was rightly concerned with public confidence in the profession and its procedures for dealing with doctors who lapse from professional standards. But this should not be carried to the extent of feeling it necessary to sacrifice the career of an otherwise competent and useful doctor who presents no danger to the public in order to satisfy a demand for blame and punishment”.

The Sanctions Guidance supports this view:

“The purpose of the hearing is not to punish the doctor a second time for the offences they were found guilty of. The purpose is to consider whether the doctor’s fitness to practise is impaired as a result…”

The current regulatory framework allows that a decision regarding a doctor’s registration should properly be deferred until there has been adequate consideration of all the facts.

Provided that such consideration and decision making is undertaken by an appropriate body, within a robust system, public confidence can be maintained and the public can be protected.

The GMC has consulted on proposals that would mean a doctor would be erased from the register without the need for a Tribunal hearing if they receive a conviction for certain crimes. The basis for this argument is that some types of convictions are so serious that they are inherently incompatible with registration as a doctor. While it has not been proposed that such a rule should apply to GNM, it would be a significant concern if any sort of precedent were ever to be set where it becomes the expected norm that any doctor convicted of GNM will be erased by the regulator.

This would not help to maintain public confidence or to protect the public. Indeed, it would likely serve to promote a blame culture, something which is widely recognised to have a detrimental impact on patient safety. Further, it could lead to a slippery slope of ever-increasing regulation; what of the doctor who makes a similar error to one convicted of GNM, but with a less serious outcome?

The Court is the most appropriate place to determine criminal sanction. In directing a jury, the judge in a criminal trial for GNM invites consideration of specific issues pertaining to the necessary elements of the crime. However, as has happened previously, information relevant to systems failures, patient safety, and fitness to practise may not be adduced before the jury.

The Tribunal is the body responsible for “making independent decisions about a doctor’s fitness to practise, measured against professional standards set by the General Medical Council.” In coming to a decision on sanction, it is necessary for the Tribunal to make a judgement regarding what is sufficient for the protection of the public. Panel members have training and expertise appropriate to their role. The Tribunal has the facility to consider a much broader range of evidence than the Court, and take full account of all the circumstances of a case. It is therefore right that the Tribunal, and not the Court, should be the decision-maker in matters relating to impairment and fitness to practise.

Lucy Hanington is the guarantor and wrote the article. Dr Hanington is a Medicolegal Adviser at the Medical Protection Society. The article was not commissioned.

Competing interests: Lucy Hanington is a Medicolegal Adviser at the Medical Protection Society. Membership with MPS provides the right to request access to expert advice and support on clinical negligence claims, complaints, GMC investigations, disciplinaries, inquests and criminal charges such as gross negligence manslaughter. Members also have the right to request indemnity for claims arising from professional practice.