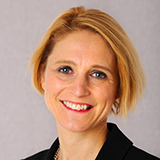 Going to my local supermarket recently it struck me just how far we are from helping people eat well. A Krispy Kreme donut stand immediately greeted me and baskets of cut price chocolate bars and packets of crisps lurked close by. End of aisle displays—well-known to produce sales uplifts—were full of chocolate and salty snacks. Laudable as it was to see promotions for fruit, vegetables, and low calorie drinks and snacks, by any measure, this was not an environment aligned with the principles of dietary guidelines.

My visit came hot on the heels of a recent social marketing campaign by Public Health England to reduce the number of sugary snacks consumed by children  “Look for 100 calorie snacks, 2 a day max!” is the slogan. Launched on 2 January, the campaign—part of the UK government’s “Change4Life” programme—says that: “over half of the sugar that kids eat and drink comes from snacks and sugary drinks.” This doesn’t sit well with the fact that 33.3% of British 10/11 year olds are overweight or obese.

Change4Life is both easy to applaud and belittle. Informed by behavioral analysis of the audiences that they are trying to reach,and  combining information (adverts, social media, advice on home-made snacks) with financial and promotional incentives (money-off vouchers on healthier snacks, branded in-store promotions), it has a simple, seemingly doable message. But is your local supermarket slapping a Change4Life logo on a pack of apple slices really going to address the nation’s obesity problem?

When addressing the question of “will it make a difference”, we need to be careful that we ask the question in the right way. For it isn’t about “whether an intervention works to fix a problem” (as Harry Rutter has put so well), but “identifying if and how it contributes to reshaping a system in favourable ways.”

So let’s put this campaign into the context of the larger system—a system which sees sugar (cane, beet and corn for isoglucose) grown by millions of farmers across 130 countries, refined, and traded by vast multinationals most of whom we’ve never even heard of (AB Sugar anyone?), and then sold onto food manufacturers, retailers, and the food service industry before it eventually reaches our mouths.

What can the Change4Life campaign do to reshape such a widespread and powerful system? Well, if it lowers demand, so creating an incentive to manufacturers to produce fewer sugary foods, it will have made a small, but valuable contribution to reshaping the system. If it has a short-term impact, or elicits no industry response, then it will have failed. So let’s judge it on what it achieves.

Yet efforts to encourage parents to “Look for 100 calorie snacks, 2 a day max!” will be challenged by the  continued onslaught of the in-your-face (and close to hand) presence of sugary foods—as my stroll around the supermarket attested. In a report published by the WHO in December, Fiona Watson and I looked more closely at what the most powerful change agents might be to reshape these dynamics. One of our findings was the disproportionately negative impact of competition on the seemingly endless quest to encourage people to buy more. Years of exposure to sugary foods have left millions of children, teenagers, and adults hooked. Manufacturers and retailers compete for these customers. So however many commendable initiatives there are to reduce sugar and promote health—and they are commendable and to be supported—these lynchpins of the system face powerful disincentives to lower sugar in their core brands (witness Kellogg’s unwillingness to reduce sugar in their leading brand, Crunchy Nut Cornflakes, and Coca Cola to take sugar out of Coke) for fear people will stop purchasing these brands. Maintaining consumer “choice” is an important part of this: it’s a way of encourage customers to keep on buying.

These dynamics create a powerful disincentive to take bold action. It is a business model that is difficult to shift. So what do we do? In short, change the terms of the competition. The government could, for example, take a strong, no nonsense-approach to marketing based on the principle: if the marketing is not promoting health, don’t do it. This would enable industry to compete on a level playing field and discourage them from producing new lines of sugary foods in the first place.

Another move would be for major supermarket chains to start competing on health: who can win the most customers by being the healthiest (and perhaps also the most sustainable) supermarket? This would mean making the physical and culinary layout of their supermarkets look like dietary guidelines. It would mean them doing a lot more to really make sure each and every store is doing everything they can do to promote healthier diets—including discouraging people from buying too much. There would be no excuse for sticking chocolates at the end of the aisles.

Still, there is a major risk to this very, very different business model. If supermarkets don’t work out how to make it profitable they risk business failure. This is where the investor community needs to get onboard and reward businesses that don’t just promote healthier choices, but also set and meet significant sales reduction targets for the most widely consumed sugary foods. If industry across the board was single-mindedly focused on reducing demand of sugary products, and if they were encouraged by a supportive investor community and shareholders to reduce this demand, then real change might happen. And who knows, it might also be “4Life.”

Corinna Hawkes is Director of the Centre for Food Policy at City, University of London UK. She is also co-chair of the Global Nutrition Report.

Competing interests: CH is on the Future of food advisory panel convened by Dave Lewis, the CEO of Tesco.