Although efforts to repeal the ACA in 2017 did not come to fruition, it did not escape unscathed 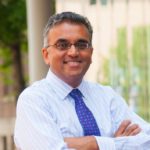 The first year of Trump-era health policy has been a rollercoaster. Last year I speculated that Republicans would likely repeal the Affordable Care Act (ACA), but would grapple with the political realities of the rising uninsured inherent in their repeal plans. Firstly, let’s cut to the chase: I was wrong. But this issue—what to do with the rising uninsured that would result from the repeal of the ACA ultimately doomed Republican efforts. And it was not for a lack of trying: efforts to repeal the ACA were numerous and persisted like zombies—every time the effort to repeal the ACA looked dead, it came back again. The striking fact is this:  for the first time in generations, Republicans control the House, the Senate, and the Presidency—and yet, they still could not repeal the ACA, which was their number one legislative priority. Why? Because while they spent the past seven years criticizing the ACA (also known as Obamacare), they spent almost no time coming up with a legitimate alternative. And 2017 was a reminder that despite all the rhetoric, having concrete policies still matters.

Republicans have had several key disagreements with the ACA. Firstly, many Republicans believe that healthcare coverage is an individual, not governmental responsibility. Secondly, most Republicans believe that the federal government shouldn’t decide what good health insurance looks like. They posit that if I want to buy a “skinny” health insurance plan that doesn’t cover medications or outpatient care (so I can use that money to pay for other needs), I should be able to do that. Finally, they have argued that states should have a much bigger role in deciding how healthcare is delivered—a role that was, to some degree, usurped by the ACA.

With these objections in mind, the Republicans spent much of 2017 trying to repeal the ACA. And they came close: after multiple failures, the US House of Representatives finally passed a bill by four votes (217 to 213), but a version of this bill fell short in the Senate. In the end, it was Republican moderates who could not be persuaded to support legislation that would lead to the loss of health insurance for tens of millions of people without an alternative plan to help them out.

While the major efforts to repeal the ACA in 2017 did not come to fruition, the ACA did not escape unscathed. The tax reform bill that passed in late December repealed the individual mandate, the feature of the ACA most reviled by Republicans. The individual mandate requires that everyone must buy health insurance or pay a penalty. The motivation for the individual mandate is simple: without it, patients have an incentive to wait until they are sick to buy insurance, thus negating the whole point of insurance. ACA supporters worry that this repeal will result in healthy people dropping their coverage, raising costs for those who choose to stay on. ACA detractors argue that the individual mandate has minimal effects on the number who are covered. Unfortunately, since this change is so recent, we will have to just wait and see.

It is unlikely that attempts to change the ACA will cease in 2018. While full-scale repeal attempts are unlikely, we shouldn’t be surprised to see other policy changes, including dropping off Essential Health Benefits (what an insurance product must cover) or creating block grants to the Medicaid Program so states decide how that money is spent. Most importantly, we are likely to see the ACA struggle due to poor execution. The ACA is extraordinarily complicated and as President Obama learned, it is possible, even with the best of intentions, to fumble in its execution. The Trump administration does not have the same motivation to make the ACA work well—and given its extraordinary complexity, I wouldn’t be surprised to see the ACA suffer due to how it is managed.

Major obstacles remain for the ACA. For the first time in five years, the uninsured rate is starting to climb again due to the uncertainty created by repeal discussions. We have an administration that is not focused on carrying out the legislation effectively. We have a Republican Congress that knows that 2018 may be the last year where they control the legislative and executive branch for some time. Healthcare spending is as high as ever and continuing to outpace inflation. Healthcare will remain on the front burner, though it is unlikely to receive the kind of attention it did in 2017. But the US healthcare system has real problems and requires real solutions. Whether the Republican party is up for the challenge of addressing those issues is far from clear.