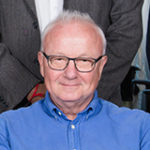 WHO’s ambitious plan is centred on three strategic priorities linked to the Sustainable Development Goals—one billion more people with health coverage, one billion made safer from health emergencies, and one billion lives improved by targeting four priority interventions. It also envisages a country focus, an expanded operational role for WHO, and an impact framework so that WHO can demonstrate results as well as organisational change.

Dr Tedros, WHO’s Director-General since July 2017, has accelerated the procedures for approving a new GPW because he wants it to encapsulate his vision for the WHO and its role in the global health arena. At a special session of the executive board, convened in November 2017, to discuss the draft GPW, he said that, in order to address current global health challenges, “we cannot do business as usual. We need a paradigm shift, a radical change in approach…This GPW is not just about transforming WHO. It’s about transforming global health, and ultimately transforming human lives”.

At the November meeting, member states had a generally positive reaction to the draft strategy. For the main donor countries, the focus on impact and results was music to their ears. On the other hand, there was some scepticism about WHO’s proposed operational role and many questions about how WHO, as one of many players, could measure its impact. Inevitably many member states contributed to a long list of issues that should have been given higher priority—a common headache for WHO in attempting to prioritise. The main funders wanted to know how much this would cost before agreeing to a final GPW.

What was entirely refreshing about the meeting was Dr Tedros’ closing remarks which went much further than the GPW in discussing WHO’s governance and financing problems. He began by telling the executive board that “it was not a board, WHO had no board.” By this he meant that, because all 194 member states, not just 32 board members, were allowed to participate, it was no different from the World Health Assembly (WHA). In effect WHO had three assemblies each year (two executive boards and the WHA) consisting mainly of prepared statements by member states on each agenda item. There was no real dialogue or debate and there was no real strategic governance happening. He attributed this state of affairs to the fact that member states did not trust each other, which is why they insisted on universal participation. A real executive board would have a bureau consisting of regional representatives, trusted by regional member states, who would be able to interact much more intensively with WHO management and provide a proper link between the organs of WHO governance and the secretariat. This was how he understood most other organisations arranged things.

He was equally blunt with member states on the subject of financing, focussing on the fact that 80% of WHO’s money is provided as voluntary contributions earmarked for particular purposes favoured by funders. Only 20% comes through member state assessed contributions that WHO is free to allocate in accordance with its priorities. He said this made proper prioritisation of activities impossible because individual funders, not member states collectively, determined how 80% of the budget was spent. It was also extremely inefficient—WHO had over 3000 separate grants annually which was an impossible burden on its administrative and management capacity. If this situation persisted, then change could not happen. He repeated twice: “it takes two to tango”. He made member states an offer: WHO did not need more money overall—what was required was the same amount as “quality money” that could be allocated efficiently and effectively to WHO priorities. Only then could WHO demonstrate what it could do.

This was a remarkably candid performance. The themes were not entirely new, although few have been so explicit about the deficiencies in WHO governance. But Dr Tedros’ willingness to lay it on the line for member states is refreshing. His predecessors have generally been extremely cautious in biting the hands that feed them. For that very reason the strategy is a high risk one. If member states fail to respond in any substantial way, then this leaves Dr Tedros in charge of an organisation he considers is not fit for purpose. Yet his boldness can only be admired.

Charles Clift is a senior consulting Fellow at the Centre on Global Health Security at Chatham House. He works as an independent consultant in the field of global health, including for the WHO, and is the author of publications on the role of the WHO in the international system.