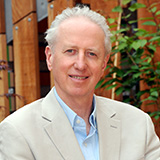 The Paris Climate Change agreement, reached in December 2015, was a political triumph and has now been ratified by 171 parties to the treaty out of a total of 197. The Paris Agreement’s central aim is “to strengthen the global response to the threat of climate change by keeping a global temperature rise this century well below 2 degrees Celsius above pre-industrial levels and to pursue efforts to limit the temperature increase even further to 1.5 degrees Celsius.”

However as the memory of that historic step forward for humanity recedes, many challenges to achieving its stated aim are emerging. According to a recent UNEP report, the full and indefinite implementation of the unconditionally committed “nationally determined contributions” (NDCs), which indicate the scope of ambition of each of the parties to reduce their own greenhouse gas emissions (GHG), would result in a global mean temperature rise of about 3.2°C by 2100 relative to pre-industrial levels. If further conditional commitments were implemented, an additional 0.2 °C of temperature rise could be averted taking us to around 3°C warming. This is clearly insufficient to keep within the 2°C guardrail that many climatologists believe can reduce the risks of serious adverse consequences for humanity. In addition the US administration is planning to withdraw from the Treaty in the erroneous belief that this will protect the US economy and safeguard jobs. However this cannot occur before 4 November 2020, which is the day after the 2020 US presidential election.

In the face of these challenges what can be done to stiffen the resolve of nations to reduce their emissions and thus the risks of dangerous climate change? Importantly, climate change must be reframed as a health issue and the UN Framework Convention on Climate Change (UNFCCC) should therefore be seen as a treaty to protect the health of today’s and future populations. This has the potential to harness public concern and capitalise on the potential for health professionals to play a leading role in advocating for policies to protect health from the growing risks posed by climate change. These risks include the direct effects of increased exposures to heat and extreme events (e.g. floods or droughts), the effects mediated through ecosystems (such as changes in vector-borne diseases or nutrition) and those mediated through social systems (e.g. conflict or migration).

Many policies to reduce the emissions of carbon dioxide (around 20% of which can remain in the atmosphere for over 1000 years)  and short-lived climate pollutants (SLCP), such as methane and black carbon, can also yield near term benefits to health, particularly through reduced air pollution exposure, and contribute to the achievement of the Sustainable Development Goals. Progress on reducing emissions of all climate active pollutants should be reported as part of the UNFCCC process and their resulting health benefits communicated to the public.

An urgent priority should be to phase out coal combustion since coal is a major contributor to carbon dioxide emissions and to air pollution. In excess of 80% of the world’s known coal reserves must stay in the ground if we are to avoid dangerous climate change. The next Conference of the Parties to the UNFCCC in 2018 will be in Poland, a country with major coal reserves. Thus, developing and communicating the health argument for coal phase out is a pressing priority.

Policies to reduce emissions in other sectors such as transport, food and agriculture, and housing can also yield major health co-benefits. The health service is also a substantial contributor to GHG emissions and health professionals can play an important role in reducing direct and indirect emissions e.g. from energy in buildings and transport as well as through NHS procurement policies  to reduce the GHG emission intensity of pharmaceuticals.

A policy lever to accelerate transition towards a low carbon economy is an effective carbon (and potentially SLCP) pricing mechanism—for example through carbon taxes. These can be designed to reduce income inequities as well as improve health and could be offset by reductions in other taxes, but currently carbon pricing only covers around 13% of emissions.

In 2018 leadership by the health community can play a crucial role in mobilising support to build on the achievements of Paris and redouble efforts to protect the health of today’s and future generations.