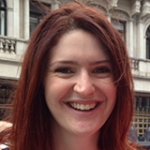 The UK opened its first “detention unit” in 1970—in a converted road research laboratory near Heathrow Airport. The Immigration Appeals Act 1969 had just been passed, and the UK was struggling to manage the citizenship appeals of people arriving from its former colonies. This first centre had room for 44 people.

There are now 11 immigration removal centres (IRCs) across the UK, along with a handful of smaller facilities scattered around ports and airports. They can hold up to 3,500 people at any one time, and around 28,000 people will enter immigration detention each year. They are people who have not complied with the terms of their visa, or who have failed to obtain one; asylum seekers whose claims have been rejected; foreign national ex-offenders awaiting removal following a UK prison sentence. The decision to detain is administrative, made by Home Office officials, and can be enforced for an indeterminate period. Detainees may stay there for weeks, months, or in some cases, years.

The BMA promotes fundamental human rights healthcare. We speak out against global abuses and advocate for individuals and marginalised populations whose rights are violated. This is the starting point for our new report Locked up, locked out, which explores the health and human rights of people in immigration detention. How can we make sure that detainees’ health-related human rights are protected? How can we help doctors in immigration detention provide high-quality care to their patients?

It’s a complex picture. There are staggering rates of mental illness. Increasing evidence points to a link between detention itself and mental health problems. Current health provision can struggle to meet their needs. There are huge variations in the range and quality of healthcare, levels of staffing, and access to specialist care in the community.

Some detainees have fled persecution, warfare, and violence. Victims of torture and sexual or gender based violence, victims of trafficking and those with serious mental health illness routinely end up in detention despite Home Office policy and government assurances that they should not normally be detained.

Doctors working in immigration detention owe the same ethical and legal obligations to their patients—but fulfilling those obligations can be difficult, if not impossible. Providing high-quality healthcare is a daily challenge. A high workload, limited resources, isolation from peers and colleagues in the community add to the challenge, as can the tension between the purpose and aims of the IRC (to detain and secure) and those of healthcare (to protect and promote health and wellbeing).

All this against a background of global instability, mass migration, and virulent anti-immigration rhetoric. The public has little interest in the rights of the detained, and there are few votes to be won in championing their rights.

Our report spells out the problems, and provides guidance to doctors. But without meaningful change to policy and practice, serious problems will persist. We therefore call for a fundamental revision of detention policies—an end to the use of immigration detention and its replacement with more humane means of monitoring individuals—and until then, an overhaul of healthcare in immigration detention to meet the needs of detainees.

The UK is not unique in its use of immigration detention. Globally, doctors have taken a stand, from Australia where immigration policies have resulted in thousands being held in offshore detention, to the USA, where clinicians fear that Trump will entrench the substandard healthcare provided to detainees. With the publication of Locked up, locked out, the British Medical Association adds the voice of UK doctors to those calling for change.

You can find out more about the BMA’s work on immigration detention and download copies of “Locked up, locked out” here.

Ruth Campbell is a senior policy advisor in the BMA’s Medical Ethics and Human Rights Team.