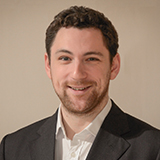 A recent documentary on the BBC revealed the poor state of provision for Type 1 diabetics with eating disorders. The programme focused on the lack of treatment options available for people with diabulimia. This is a condition characterised by diabetics not taking their insulin (or massively reducing their dosage) in order to lose weight. It tends to affect teenage girls and young women predominantly, although Type 1 diabetic men are also apparently more concerned with their weight than average.

Diabulimia can have devastating effects. People with the condition are much more at risk of diabetic ketoacidosis (DKA), which can be lethal, and having constantly raised blood sugar levels means that they tend to get complications such as retinopathy, neuropathy, and nephropathy much earlier in their lives, often in their mid-twenties. These conditions are ruinous in every sense.

According to Diabetics With Eating Disorders (DWED), the only charity to campaign on this topic:

“It is [conservatively] estimated that 40 per cent of all women between the ages of 15-30 with Type 1 diabetes give themselves less insulin in order to lose weight. We also know that women with Type 1 diabetes are twice as likely to develop anorexia or bulimia, and new research from Canada suggests that 60 per cent of Type 1 women will experience a ‘clinically significant’ eating disorder by the time they are 25.”

Despite the numbers affected though, and the personal and financial costs, this is an area that is massively overlooked. Diabulimia, though covered in clinical guidance on diabetes treatment, is not categorised as an eating disorder. As a result, there are very few specialists in either diabetes or eating disorders who feel capable of treating these patients.

As a Type 1 diabetic I can understand diabulimics’ choices, dangerous though they are. I know how difficult it can be to maintain glucose levels and not put on weight. Insulin is a growth hormone and it encourages your appetite. You have to take it every day and match it up precisely to your food intake and activity level. If you don’t, there’s a distinct possibility to inject too much, become hypoglycaemic, and suddenly have to ingest sugar quickly while shaking with adrenalin. Not only does this mean you end up eating more than you would probably like to, but you also feel out of control.

It is much easier to simply reduce your insulin dosage, and accept you’ll be hyperglycaemic. You probably won’t feel that great (being ‘hyper’ can make you tired, thirsty and need to urinate) but at least it offers a form of agency. Add the social pressures for people to be skinny to that desire for mastery, and it is easy to see why someone would favour the immediate benefit of losing weight or staying thin against the far-off (and to their eyes only potential) damage to their internal organs.

What I can’t understand is why the NHS is not better prepared for the psycho-social aspects of diabetes. The psychological insight of diabetics wanting to feel more in control is nothing new. Diabetes is a disease that is fundamentally related to what you eat. And the social influence is not only palpable, but is known to be toxic. Yet where are the requisite numbers of specialists in eating disorders that also understand Type 1 diabetes, or the multi-disciplinary teams that might tackle these complex issues with the coordinated skill and intricacy they require? Where is the parity of esteem between mental and physical health?

The current system is simply not set-up to deal with issues like diabulimia. It is a clear case of the need for the health service to adopt a person-centred approach, which listens to people’s wider concerns and interests beyond their health conditions, and works in partnership to improve people’s health and wellbeing.

Joe Fraser is a Type 1 diabetic entrepreneur and activist. He works for NHS England as an Empowering People and Communities Delivery Partner, and in his own time runs Joe’s Diabetes Ltd.