“Universal health coverage is a human right.” This was a welcome statement from the new Director General of the World Health Organization, Dr Tedros Adhanom Ghebreyesus. [1] Europe, as one of the most affluent parts of the world with an admirable history of social protection and welfare states, should be leading the way in ensuring that this human right is not violated for anyone, regardless of ethnicity, sex, language, colour or immigration status. [2] And yet The European Network to Reduce Vulnerabilities in Health Observatory Report, [3] published today by Doctors of the World (Médecins du Monde), provides evidence of the systematic failure of European health systems for many people currently living within the region.

The Observatory Report provides an overview of the European programmes run by Doctors of the World and partner non-governmental organisations across Europe. It contains data from 43,286 people who were a mixture of EU nationals, EU and non-EU/EEA migrants, and seen in clinics in 13 different European countries in 2016. The report describes the plight of individuals who were unable to access healthcare services, detailing how they were excluded and outlining their underlying health needs. 55.2% of individuals attending Doctors of the World associated programmes stated that they had no access to healthcare coverage, with a further 18.3% reporting coverage for emergencies only. Administrative barriers, cost, and fear of being arrested were all common reasons for the lack of access. The introduction of upfront charging of overseas visitors using the NHS, and disclosure of patients’ data to the UK Home Office for immigration enforcement, are examples of the drivers of these findings and must be condemned and withdrawn. [4,5]

This lack of access, to even basic healthcare provision, could have severe consequences for many. For example, all pregnant women should have early access to antenatal care and yet the majority—58.4%—had not received any such care before seeking help from Doctors of the World. This lack of attendance to healthcare facilities puts the lives and health of these mothers and their children at great risk. Urgent plans should be put in place across Europe to ensure these women gain the same standard of antenatal care as others, wherever they reside.

Vaccination levels in children, who made up one fifth of those seen, were low and present an ongoing risk to European-wide communicable disease control. Measles requires vaccination coverage levels over 90% to ensure herd immunity, and yet reported levels of MMR vaccination were only at 68.5% in children under 18. [6] Public Health colleagues across Europe should review their vaccination provision for the groups highlighted in the report and ensure there is an equitable service that can reach children currently being missed or excluded. A failure to take this enlightened self-interest approach will result in non-discriminatory outbreaks that affect everyone.

The needs of individuals seen in Doctors of the World clinics were significant and illustrate the extent to which some individuals in our society remain highly marginalised. It highlights how people who are living in precarious circumstances, poverty, those who lack social networks, or who have migrated to a new country, are received by our healthcare systems. The only conclusion that can be made from the data is that European healthcare systems do not serve these individuals well, that their rights are not being met, and that healthcare coverage remains far from universal.

The EU and its constituent national governments need to take urgent action to respond to the findings of this report. The EU should support European-wide solutions to assist policy making to meet the health needs of the groups seen by Doctors of the World. National governments must ensure that administrative and economic barriers are removed for everyone in society, and make unequivocal guarantees that healthcare systems will not be used to enforce border control policies—vulnerable people should not fear arrest when seeking healthcare. These reassurances and changes in practice will benefit all people in Europe, not just the marginalised who are currently falling through the cracks in universal healthcare coverage.

Competing interests: RA was paid as a consultant to analyse and contribute to the writing of the the European Network to Reduce Vulnerabilities in Health Observatory Report. He is currently funded by a Wellcome Trust Clinical Research Career Development Fellowship (206602/Z/17/Z) and is a Commissioner on the UCL-Lancet Commission on migration and health.

Delan Devakumar is a NIHR Clinical Lecturer in public health in the Institute for Global Health, University College London. He qualified in medicine from the University of Manchester and worked in clinical paediatrics in the UK and New Zealand and with Medecins Sans Frontieres in Pakistan, South Sudan and Myanmar.

Competing interests: DD an unpaid consultant contributing to the European Network to Reduce Vulnerabilities in Health Observatory Report. He is currently funded by an NIHR Clinical Lectureship and is a Commissioner on the UCL-Lancet Commission on Migration and Health. 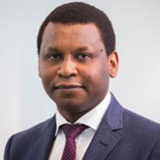 Ibrahim Abubakar is professor of infectious disease epidemiology and Director of the UCL Institute for Global Health (IGH). He is honorary Consultant at Public Health England, an NIHR Senior Investigator and honorary professor at LSHTM.

Competing interests: IA was paid as a consultant to analyse and contribute to the writing of the European Network to Reduce Vulnerabilities in Health Observatory Report. He is currently employed by UCL as fulltime academic with research funding from the NIHR, MRC and the Wellcome Trust. He is the chair of the UCL-Lancet Commission on migration and health.