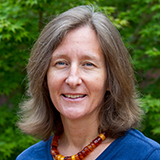 Much hullabaloo was made last week of President Trump formally declaring the US opioid epidemic a “public health emergency.” Not that anyone was in doubt about its being an emergency, given the 140 Americans dying each day from drug overdoses, and the 500,000 who have died since 2000, more than died in the Vietnam and Iraq wars combined. Four million Americans are addicted to opioids, 11 million are using prescription opioids recreationally, and more than a million are using illicit opioids. Gruesome tales of the epidemic’s victims are omnipresent in the media, like the grandmother from Ohio passed out in the front seat of her minivan, strung out on heroin, her 5-year old grandson strapped into his car seat in the back, watchfully waiting for granny to wake up again.

Not long after Trump’s announcement, the critics piled on, myself included. Most of the nay-sayers complained that he had promised to declare the opioid epidemic a “national emergency”, which would have granted immediate access to Stafford funding, somewhere in the millions, rather than the paltry $57,000 purported to be sitting in the US Public Health Emergency Fund.

But whether it’s the $57,000 in the Public Health Emergency Fund, millions in the Stafford fund, or even billions from an appropriations committee, an infusion of money to “fight the epidemic” is going to have little impact. The opioid epidemic is a symptom of our faltering healthcare system, and until we see sweeping changes in the way healthcare is delivered in this country, no amount of throwing money at the problem is going to make it go away.

This opioid epidemic is first and foremost an epidemic of overprescribing. What began in the 1980’s as a well-intentioned effort to help patients with pain, turned by the 2010’s into a runaway train of egregious overprescribing. Although opioid prescribing has decreased by ~15% since its peak in 2012, US doctors today continue to prescribe three times as many opioids as they did in the late 1990’s, four times as many opioids as are prescribed in Europe, and more than ten times as many opioids as are prescribed in Japan. Europe and Japan are apt comparisons for the United States, because they too are rich countries with aging populations and comparable rates of pain, yet consume far fewer prescription opioids. Indeed the United States is reported to consume over 80% of the world’s opioids, while representing less than 5% of the world’s population.

Perverse incentives inside of medicine drive overprescribing. American doctors are paid by how many medical services they provide, not by whether patients get better. Services that involve writing a prescription, injecting a medicine, or performing a surgical procedure, pay far more than educating patients about healthy lifestyle changes, or providing them with non-opioid, non-medication alternatives for pain, such as physical therapy, psychotherapy, and massage, all of which have been shown to work better than medications for chronic pain conditions. Doctors’ salary and professional advancement are tied to how well patients rate them on “patient satisfaction surveys.” Doctors are desperate to avoid bad ratings, and will write a prescription for an opioid, even when it’s not indicated, to avoid a dissatisfied customer.

At the same time that doctors are incentivized to prescribe opioid medications, they are not trained or paid (much) to treat addiction. Despite the passage of the Mental Health Parity and Addictions Equity Act of 2008, which required insurance companies and other third party payer to reimburse treatment for addiction on par with other medical conditions, getting insurance companies to pay for addiction treatment is still a bureaucratic maze of “carve-outs”, “prior authorizations”, and “fail first criteria”. Yet addiction affects 16 percent of the US population, about 40 million people, far exceeding the number of people afflicted with heart disease (27 million), diabetes (26 million), or cancer (19 million). Disease burden due to addiction exceeds half a trillion dollars annually. Yet only 1 percent of the total healthcare budget goes to treating addiction, and fewer than 1 in 10 persons with addiction receives treatment.

The opioid epidemic will improve only when doctors get paid to get patients better, including treating addiction. Data show that in the long run, treating addiction, rather than the down-stream medical complications of addiction (infection, traumatic injury, heart disease, cancer), saves healthcare dollars. Obama’s Affordable Care Act (ACA) mandated that addiction treatment be an “essential health benefit,” creating access to addiction treatment for millions of Americans for the first time in U.S. history. Trump is set on dismantling the ACA, and his proposed healthcare plan allows insurance companies to opt-out of treating addiction. Instead, he should make it mandatory for insurance companies to pay for addiction treatment, and promote reimbursement strategies that incentive doctors to get and keep their patients well, not continue to harm them by prescribing addictive and deadly medications.

Anna Lembke, MD is an associate professor at the Stanford University School of Medicine, and author of the book Drug Dealer, MD: How Doctors Were Duped, Patients Got Hooked, and Why It’s So Hard to Stop (Johns Hopkins University Press, 2016).