Violence increasingly dominates the news. Be it sexual abuse of children, violence against women, alcohol-fuelled nightlife violence, or the pervasive threat of terrorism; each leaves victims suffering life-long harms, impacts the mental health of whole communities, and (regardless of positive political rhetoric) limits individuals’ freedom to enjoy public and private spaces.

Improved knowledge on the contagious nature of violence and factors that facilitate transmission across generations and borders provides cause for concern and optimism. Violence left unaddressed in families, in war torn countries, and in pursuit of religious causes will inevitably result in more of the same. However, the application of epidemiological approaches developed for contagious disease has identified key risk factors for violence and interventions to prevent them. The recent call by the Commonwealth Secretariat for public health leadership in violence prevention embraces these approaches and the UK Faculty of Public Health continues to pursue a complementary position. [1,2] Both emphasise the role of public health in identifying risk and protective factors, monitoring the threat of violence, supporting asset-based community and international development, and adopting an increasing array of evidence-based prevention interventions.

Risk factors for violence are relatively well charted. Like so many public health issues, violence is most inescapable where instability prevails, families are characterised by dysfunction, and communities or entire nations are debilitated by political conflict, inequality, and poverty. Children who experience abuse, witness domestic violence or grow up in violent neighbourhoods are far more likely to become violent adults. [3,4] Not surprisingly, children suffering the trauma of war see similar impacts on their propensity for violence. [5] The marginalisation of communities, religious groups or even gangs can incite feelings of prejudice and result in radicalisation and violence being seen as legitimate pathways to justice. [6] Conflict and post-conflict settings often represent extreme cases where social and institutional fragility, forced movement of people and widespread adversity facilitate further interpersonal and tribal violence. [1] Over 90% of terrorist attacks occur in countries experiencing violent political turmoil, suggesting broader internal conflict as a key driver for extremist violence. [7] Moreover, 90% of countries experiencing violent conflict in first decade of the 21st century had experienced previous conflicts since 1945. [8]

The resulting cost of violence is enormous. Globally, around 580,000 deaths/year represent the tip of an iceberg which includes life-long physical and mental health problems for millions and costs the world economy an estimated US$14.3 trillion;12.6% of economic activity or $5.40 per person per day. [9,10] Even these figures fail to capture all the costs. Exposure to violence in early years, and before birth, can impact health, social and educational prospects. A recent review suggests that individuals who experience multiple adverse childhood experiences (such as abuse, neglect and domestic violence) suffer twice the risks of cardiovascular disease and cancer as adults and even greater risks of mental ill health. [3]

A better understanding of the factors driving violence now informs options for policies, programmes and practice that can break cycles of violence. A promising package of evidence-based approaches is INSPIRE, which targets violence against children through: laws to criminalise violence, reduce alcohol misuse and control access to arms; strengthening norms supporting non-violent and equitable relationships; creating safe environments for young people; supporting parents and caregivers to reduce harsh parenting practices and foster positive attachments; improving families’ economic security and stability; improving response and support services; and developing children’s social, emotional and life skills. [11] Such packages however draw largely from high-income country evidence and often assume that fundamental drivers of violence (e.g. corruption and democratic deficits) are already managed and basic infrastructures for interventions (e.g. universal education and health services) are in place. In many violence epicentres this is not the case. Thus, a timely opportunity for preventing violence globally is offered by the UN Sustainable Development Goals, which specify violence prevention targets within a framework that addresses poverty, inequalities and the protection of all people’s rights. [12] As violence increasingly seeps across porous national borders and through a borderless global internet, tackling these violence drivers in low and middle income countries must be a priority for all.

Traditional views of violence as an issue solely for criminal justice are eroding around the world. Health has a major and legitimate role in violence prevention and much to gain from more peaceful societies. Health has a critical role in defining the human costs of violence, advocating for change and delivering evidence based interventions. Health is a quality that violence aims to destroy and consequently something health systems must rally against. 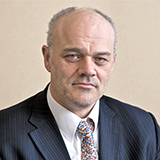 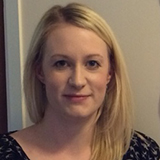 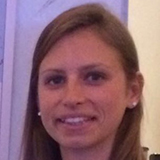 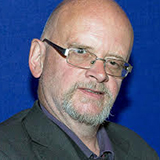