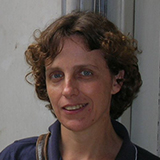 In 2006, it became mandatory for all women aged 40-59 in Uruquay to have a free mammography every two years, despite its National Cancer Registry showing a sustained decrease in breast cancer mortality since 1990 [1]. President Tabaré Vázquez, an oncologist by profession, instigated this. But, as previously reported in The BMJ: “It’s the only country in the world with this sort of mandatory screening. And there is absolutely no scientific basis for applying this to women between 40 and 50.”[2]

Every citizen in Uruquay is required to have a health card. It is a condition for taking part in many activities. It was introduced in 1937 by the then dictatorship [3].  Health cards are mandatory for schoolchildren, teenagers, university students; anyone in employment; for people applying for a driving licence; for applications to sports clubs and so on. Without a health card citizens cannot take part in these activities. If all requirements are met, the health card is issued for a period of two years. If any requirement is missing, a provisional card is issued for six months. If the missing requirement is provided before that time then the health card is extended for 18 additional months. Otherwise the provisional card expires.

The tests included in the health card are: blood, urine, clinical review, vaccines control, eye and dental checkups. The blood test is intended to detect diabetes, cholesterol and syphilis. Additional tests are required for women: for example, a cervical smear test and, for women aged 40-59, mammography.

In 2016 a bill was introduced to the Congress of Uruguay to include a psychological test in the health card [4]. It is still awaiting debate.

However, before my health card expired in 2012, I became concerned about the possibility that the repeated radiation might cause harm. I then decided to stop screening with mammography regardless of the consequences with respect to my health card. I took time to consider and research what the health effects might be for continuing to receive a mammogram every two years.

Consequently, in 2012 the doctor in charge issued a health card for only six months. Realising that this would become my routine in the future, I appointed a lawyer to sue the Uruguayan government so as to overturn the decree. To build my defense I needed research. I contacted various authors of research papers who gladly advised me and directed me to the most reliable information.

During the following four years while the research and the lawsuit were in progress, every six months I was obliged to undergo a blood test, urine test, clinic examination, vaccines control, cervical smear test, eye and dental checkups just because I had not complied with the requirement of a compulsory mammography. None of the doctors that I met accepted that I had a right to refuse the test.

During my research I found the Universal Declaration on Bioethics and Human Rights adopted unanimously and by acclamation in 2005 by the General Conference of UNESCO. It requires free and informed consent of the person concerned for any preventive, diagnostic, and therapeutic medical intervention [5].

I also became aware of the worldwide debate about mammography screening and the robust evidence for the various harms of screening as well as the uncertainty about its potential benefits [6], aside from radiation harm. I realised then that all medical screening interventions can harm healthy people, hence the absolute requirement of seeking informed consent. But the objective of my lawsuit remained only against mammography screening.

In 2014 the Uruguayan Congress passed Act 19286, the Code of Medical Ethics that mandates every doctor to respect human rights. [8] In 2015, the age range for mandatory mammography screening in Uruguay was changed from age 40-59 to age 50-69. This meant that women who were 40 years old in 2006 and had had to undergo screening every two years, were now aged 50 in 2016 and would have to continue screening for routine further 19 years. Therefore they had to have 30 years of screening in total. In 2015 I was 54 years old, therefore I was still included in the age range obliged to undergo this regime of screening for 10 more years. I continued with my lawsuit.

In July 2016 the Uruguayan Court, taking account of the Constitution and related laws, ruled that human rights override health policies [9]. This meant that I, personally, was exempted from mandatory screening mammograms. I finally obtained a health card for two years.

As the ruling of the Court applied only to me, in December 2016 a bill was presented at the Congress of Uruguay by the opposition party to deactivate the mandatory mammography screening for every eligible woman. But the bill is awaiting debate [10].

In an effort to raise public awareness a petition to the Health Ministry as well as to the Congress has been set up that calls for an end to mandatory screening [11].

Declaration of interest: This report summarizes part of my defense in the lawsuit I funded against Uruguay’s government.