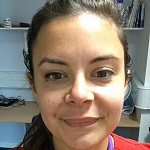 It is not often that medics are faced with incidents as frightening as the terror attack in Manchester earlier this summer. I arrived at the Royal Manchester Children’s Hospital anticipating commotion and high emotional charge. Instead, the hospital was calm, quiet, and lacked the usual crowds of families and children navigating its corridors.

Representatives from a multitude of the hospital’s medical teams shared their expertise, and clinicians from nearby hospitals trickled through the doors offering assistance. Existing inpatients and their families were remarkably flexible and empathic in order to help.

As you go through medical school, or even before you get there, it is common to have ideas about what it will be like to work in a hospital—ideas that are largely coloured by a sense of ambition and excitement or by a general ignorance about the realities of working as a doctor.

That day, I witnessed precisely what textbooks and motivational talks had described. Individuals and teams supported one another and performed with great synergy. There was a level of calm, control, organisation, and cooperation that was exactly the way I imagined it should be. This sort of work was what all that our training had been about—the cogwheels of NHS medicine were working at their best.

The reinvigoration of my clinical aspirations was just a small speck of the bright light cast on the wider lessons learnt from that day. Too often conditioned to retreat in the face of real, high stake clinical scenarios, as a student I was grateful to have been an extra pair of hands, an extra sounding board for the doctors, and an extra set of ears for the patients.

As days passed, the ripple effect of the attack started to merge into the hum of a typical working week. Noise levels began to rise and families slowly refilled the corridors. Staff resumed their usual duties and medical students returned to their projects. Yet, just as the people of Manchester have forever been changed by the events of 22 May 2017, so has the doctor that I will soon become.