Trump must be contained, but the proper tools are political, not psychiatric 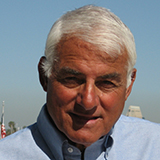 A recent resolution from Zoe Lofgren, a Democratic member of Congress has called for Donald Trump, the President of the United States, to undergo a psychiatric evaluation to see whether he is mentally fit to be president. The bill would create a panel of psychiatric and other medical doctors to “determine whether the president suffers from mental disorder or other injury that impairs his abilities and prevents him from discharging his Constitutional duties.” It has stimulated wide discussion and recently gained surprising political traction. It adds to increasing calls for Donald Trump’s mental health to be assessed.

Trump’s erratic behavior has called into question the American Psychiatric Association’s “Goldwater Rule” that prohibits the psychiatric diagnosis of public figures at a distance and without their consent.

The “Goldwater Rule” was meant to prevent just this kind of misuse of psychiatric diagnosis. It is the informal nickname for section 7 of the American Psychiatric Association’s Principles Of Medical Ethics, promulgated in 1973 in response to a long running lawsuit. In the heat of the 1964 election, Fact magazine had conducted a survey of psychiatrists questioning the mental fitness of the Republican candidate Barry Goldwater. Could this passionate patriot, who had vehemently declared “extremism in the defense of liberty is no vice”, be trusted with the nuclear button? The resulting publication, “The Unconscious of a Conservative: A Special Issue on the Mind of Barry Goldwater” reflected the negative political opinions of those responding, most of whom were liberal psychiatrists. It was an inappropriate cheap shot, conflating political preference with professional judgement. Goldwater won a large settlement from the magazine and the American Psychiatric Association’s recognition that he had been right to be outraged and that psychiatrists had been wrong to participate in the survey.

Heretofore, most (not all) mental health professionals have held “Goldwater” sacred, but Trump’s manifest unfitness for office has provided grounds for a contrary ethical argument based on the “Duty To Warn” (previously invoked only clinically, as in child abuse cases or when patients present a clear and present danger). The mental health professionals signing petitions and making media statements argue that it is their patriotic duty as citizens to warn society that Trump is psychiatrically ill and unfit for office. In their view, good citizenship supersedes “Goldwater” professional ethics.

The American Psychiatric Association strongly disagrees and has issued an unequivocal statement reaffirming its Goldwater injunction. The President of the American Psychological Association has also joined in, making clear that, “our ethical code states that psychologists should not offer a diagnosis in the media of a living public figure they have not examined.” The American Psychoanalytic Association has taken a somewhat contrary, much more equivocal stand—allowing its members to comment on the general mental health issues of public figures so long as they refrain from making official DSM diagnoses.

I support the “Goldwater Rule” because psychiatry and politics don’t mix well. My many years working on the different versions of the Diagnostic and Statistical Manual have taught the painful lesson that if anything in DSM can be misused, it will be misused. Psychiatric diagnosis is easily and frequently distorted whenever there is an external incentive to do so. Diagnosis of public figures at a distance is far too likely to be biased, flat out wrong, and to constitute no more than an unfair form of psychological name calling.

We must not confuse Trump’s constant bad behavior with mental illness. That he is a world class narcissist does not prove he meets DSM criteria for “Narcissistic Personality Disorder” which require the accompanying presence of significant distress or impairment. Trump mostly causes distress in others rather than experiencing it himself and, rather than being impairing, his extravagant narcissism has gained him the presidency. Trump’s lifelong penchant for conspiracy theories leads him to frequent misjudgments, but holding strange beliefs is not considered “delusional disorder” when more than one fourth of Americans believe in conspiracy theories. And Trump’s profound and enduring ignorance should have disqualified him for high office, but does not qualify him for a diagnosis of dementia.

Mental health professionals have been too quick to wrongly diagnose Trump because they rightly despair of the harm he is doing. But, it unfairly stigmatizes the mentally ill (who are mostly decent, well behaved people) to be lumped with Trump (who is neither). We must avoid the temptation to medicalize bad behavior and politicize psychiatric diagnosis. Trump must be contained, but the proper tools are political, not psychiatric.

Allen Frances is professor emeritus and former Chair of the Department of Psychiatry at Duke University. He was chair of the DSM IV Task Force. Frances is author of “Twilight of American Sanity: A Psychiatrist Analyzes the Age of Trump.”